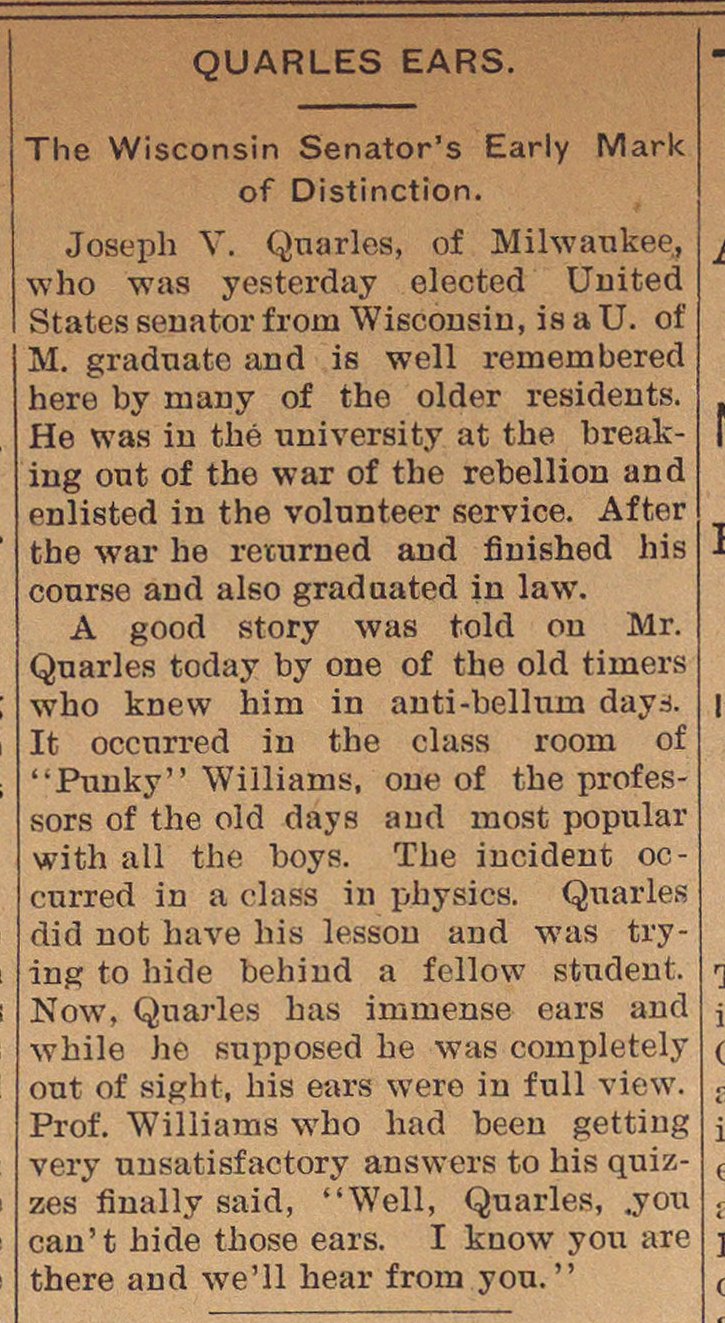 Joseph V. Quarles, of Mihvaukee, who was yesterday elected United States senator froin Wiscousiii, is a U. of M. gradúate and is well remembered ïere by rnany of the older residents. ie was in thé university at the breakng out of the war of the rebellion and nlisted in the volunteer service. After be war he rerarned and fluished his onrse and also gradaated in law. A good story was told on Mr. Quarles today by one of the old timers who knew him in auti-belluin days. t occurred in the class room of ■Punky" Williams, one of the profesors of the old days aud most popular with all the boys. The incident ocnrred in a class in physics. Qnarles id not have his lesson and was tryng to hide behind a fellow student, íow, Quarles has immense ears and vhile he supposed he was completely ut of sight, his ears were in full view. Prof. Williams who had been getting ery unsatisfactory answers to his quizes flnally said, "Well, Quarles, jou an't hide those ears. I know you are here and we'll hear from you."