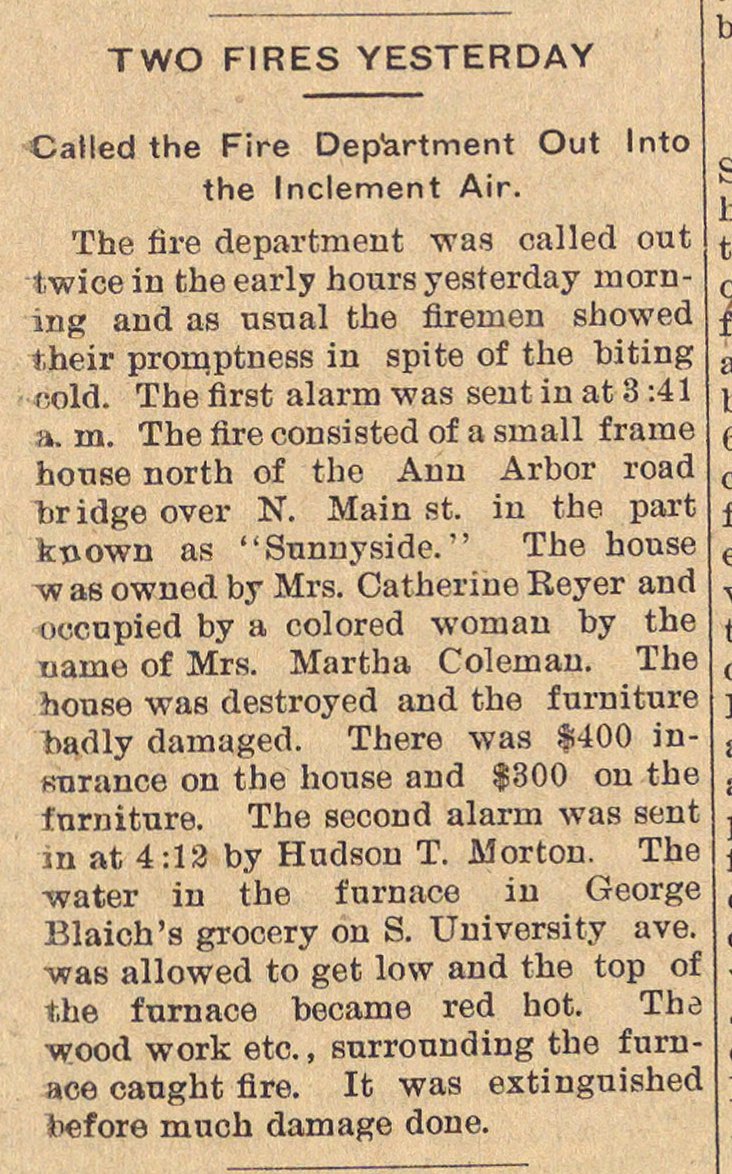 Called the Fire Department Out Into the Inclement Air.

The fire department was called out twice in the early hours yesterday morning and as usual the firemen showed their promptness in spite of the biting cold. The first alarm was sent in at 3 :41 a. m. The fire consisted of a small frame house north of the Ann Arbor road bridge over N. Main st. in the part known as "Sunnyside. " The house was owned by Mrs. Catherine Reyer and occupied by a colored woman by the name of Mrs. Martha Coleman. The house was destroyed and the furniture badly damaged. There was $400 insurance on the house and $300 on the furniture. The second alarm was sent in at 4:12 by Hudson T. Morton. The water in the furnaoe in George Blaich's grocery on S. University ave. was allowed to get low and the top of the furnace became red hot. The wood work etc. , surrounding the furnace caught fire. It was extinguished before much damage done.