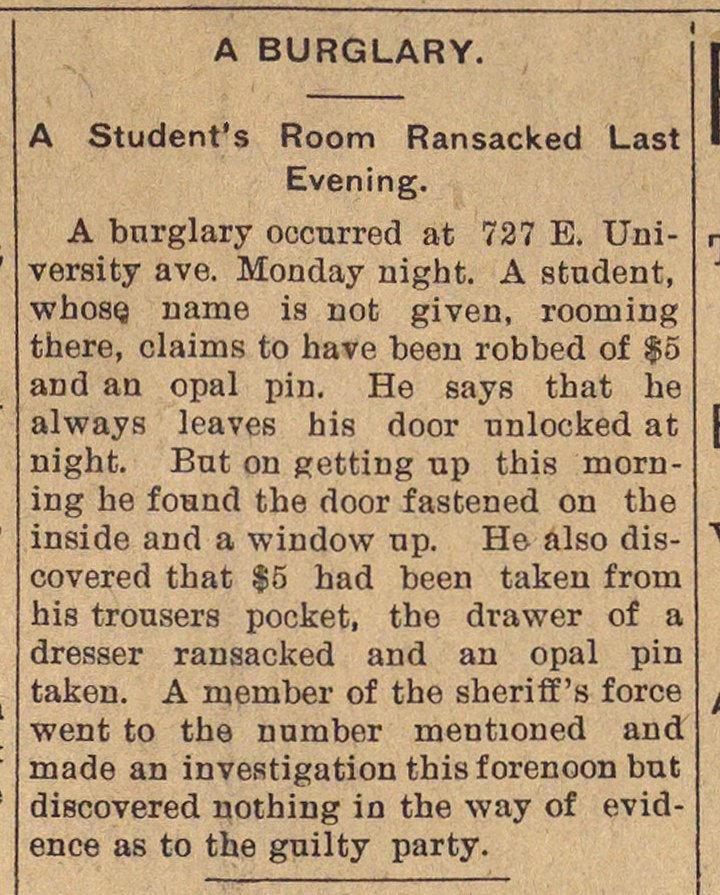 whose name is not given, rooming

there, claims to have been robbed of $5

and an opal pin. He says that he

always leaves his door unlocked at

night. But on getting up this morn-

ing he found the door fastened on the

inside and a window up. He also dis-

covered that $5 had been taken from

his trousers pocket, the drawer of a

dresser ransacked and an opal pin

taken. A member of the sheriff's force

went to the number mentioned and

made an investigation this forenoon

but discovered nothing in the way of evid-

ence as to the guilty party.