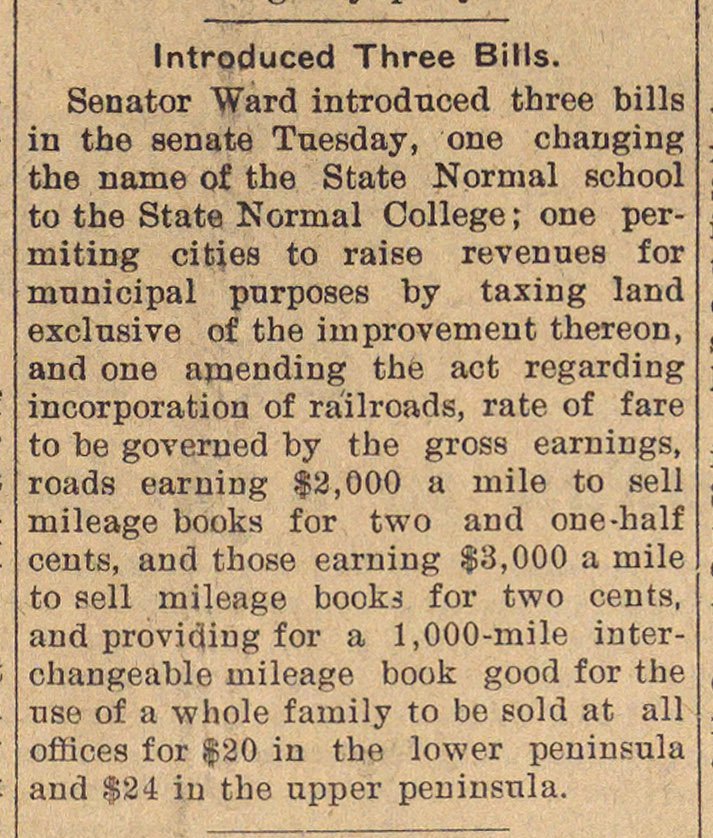 in the senate Tuesday, one changing

the name of the State Normal School

to the State Normal College; one per-

mitting cities to raise revenues for

exclusive of the improvement thereon,

and one amending the act regarding

incorporation of railroads, rate of fare

to be governed by the gross earnings,

mileage books for two and one-half

changeable mileage book good for the

use of a whole family to be sold at all

offices for $20 in the lower península

and $24 in the upper península.