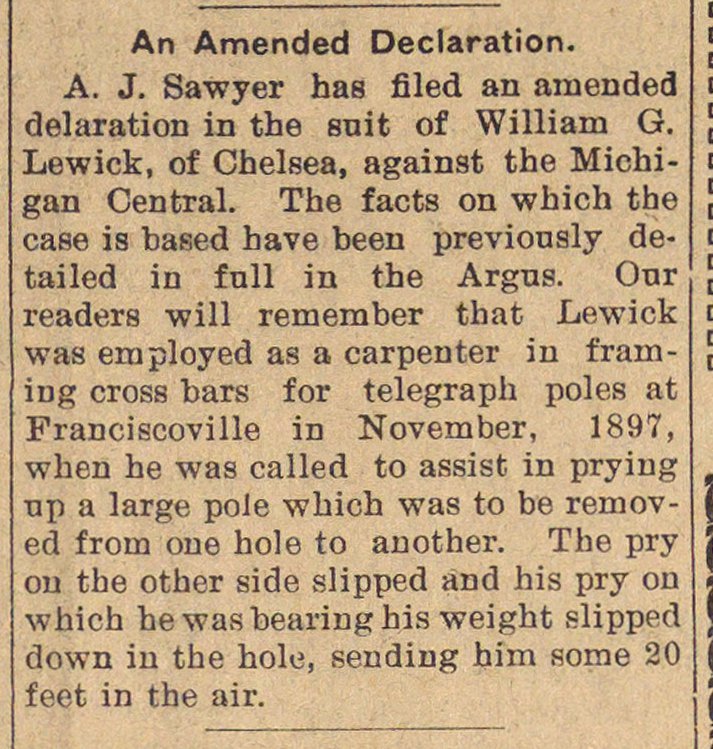 A. J. Sawyer has filed an amended declaration in the suit of William G. Lewick, of Chelsea, against the Michigan Central. The facts on which the case is based have been previously detailed in full in the Argus. Our readers will remember that Lewick was employed as a carpenter in framing cross bars for telegraph poles at Franciscoville in November, 1897, when he was called to assist in prying up a large pole which was to be removed frorn one hole to another. The pry on the other side slipped and his pry on which he was bearing his weight slipped down in the hole, sending him some 20 feet in the air.