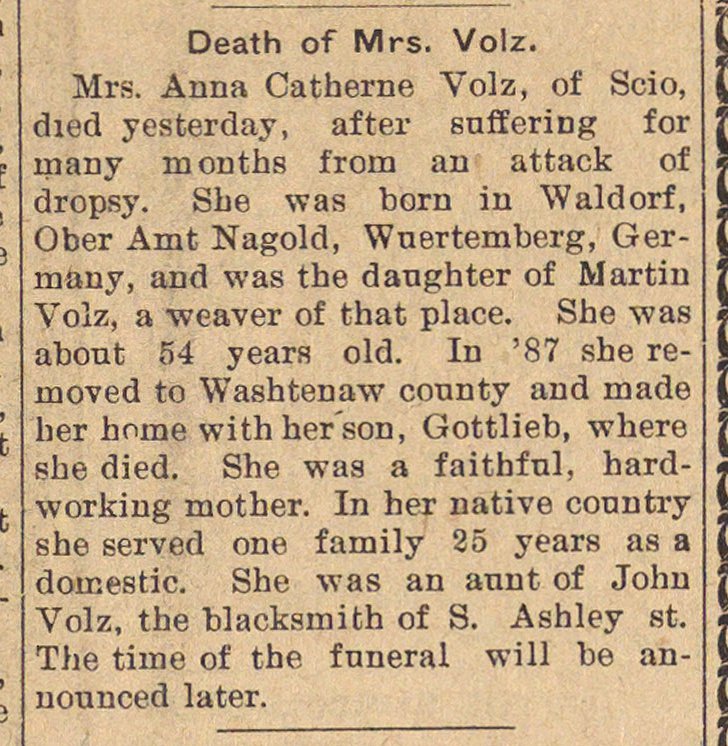 Mrs. Anna Catherine Volz, of Scio, died yesterday, after suffering for many months from an attack of dropsy. Sbe was bom in Waldorf, Ober Amt Nagold, Wnertemberg, Germany, and was the daughter of Martin Volz, a weaver of that place. She was about 54 years old. In '87 she removed to Washtenaw county and made her home with her son, Gottlieb, where she died. She was a faithful, hardworking mother. In her native country she served one family 25 years as a domestic. She was an aunt of John Volz, the blacksmith of S. Ashley st. The time of the funeral will be announced later.