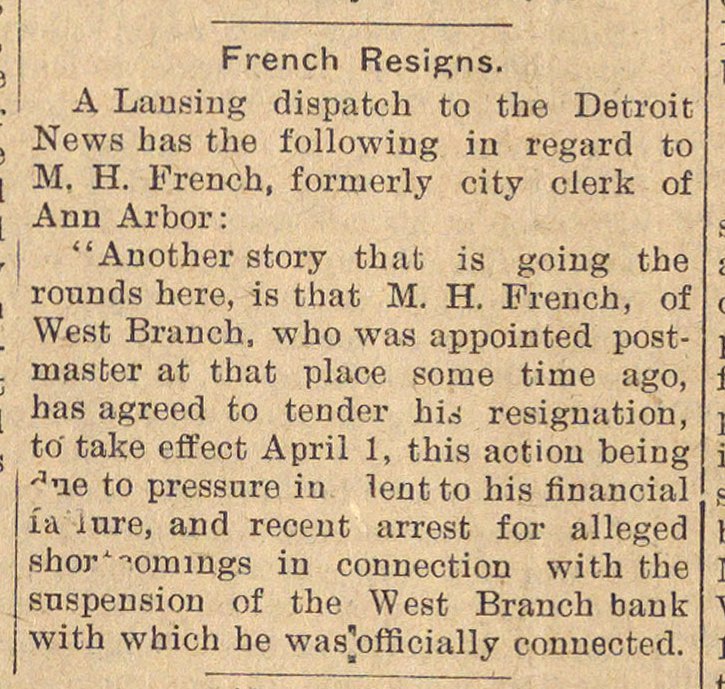 A Lansing dispatch to the Detroit News has the following in regard to M. H. French, formerly city clerk of Ann Arbor:

"Another story that is going the rounds here, is that M. H. French, of West Branch, who was appointed postmaster at that place some time ago, has agreed to tender his resignation, to take effect April 1, this action being due to pressure incident to his financial failure, and recent arrest for alleged shortcomings in connection with the suspension of the West Branch bank with which he was officially connected.