A Tramp And A Razor 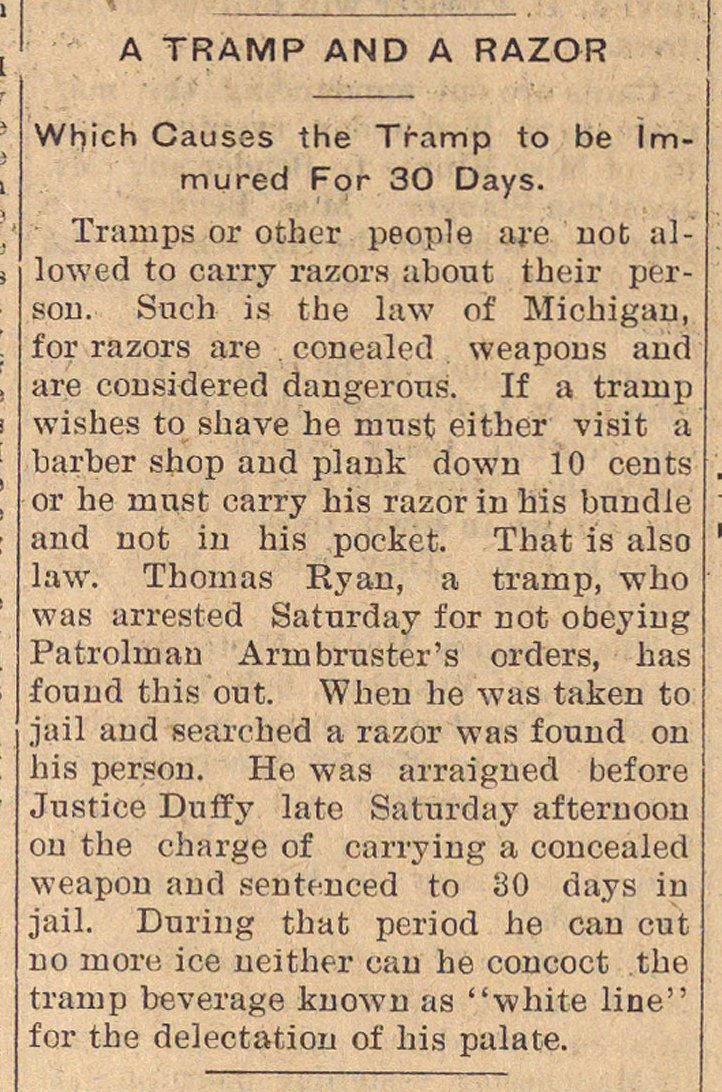 A TRAMP AND A RAZOR

Which Causes the Tramp to be Immured For 30 Days.

Tramps or other people are not allowed to carry razors about their person. Such is the law of Michigan, for razors are concealed weapons and are considered dangerous. If a tramp wishes to shave he must either visit a barber shop and plank down 10 cents or he must carry his razor in his bundle and not in his pocket. That is also law. Thomas Ryan, a tramp, who was arrested Saturday for not obeying Patrolman Armbruster's orders, has found this out. When he was taken to jail and searched a razor was found on his person. He was arraigned before Justice Duffy late Saturday afternoon on the charge of carrying a concealed weapon and sentenced to 30 days in jail. During that period he can cut no more ice neither can he concoct the tramp beverage known as "white line" for the delectation of his palate.