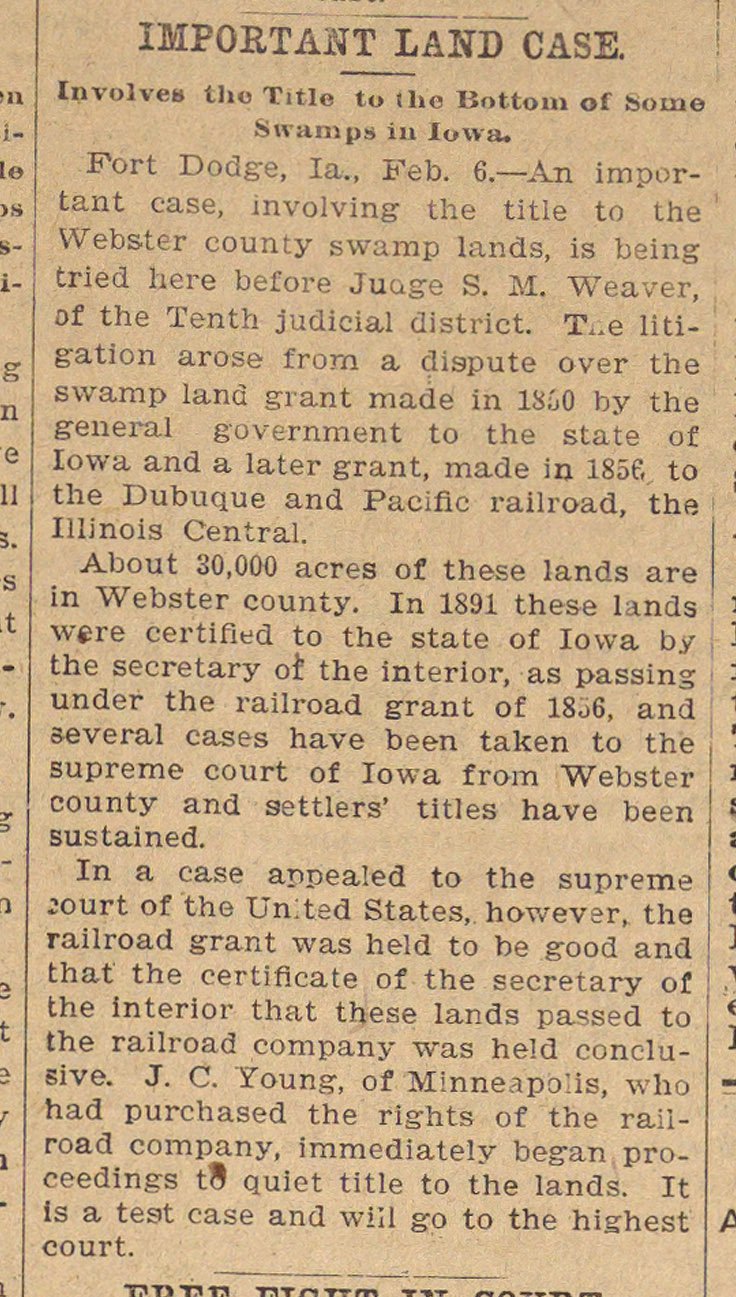 Involves the Title to the Bottom of Some Swamps in Iowa.

Fort Dodge, Ia., Feb. 6.- An important case, involving the title to the Webster county swamp lands, is being tried here before Judge S. M. Weaver, of the Tenth judicial district. The litigation arose from a dispute over the swamp land grant made in 1850 by the general government to the state of Iowa and a later grant, made in 1856 to the Dubuque and Pacific railroad, the Illinois Central.

About 30,000 acres of these lands are in Webster county. In 1891 these lands were certified to the state of Iowa by the secretary of the interior, as passing under the railroad grant of 1856, and several cases have been taken to the supreme court of Iowa from Webster county and settlers' titles have been sustained.

In a case appealed to the supreme court of the United States, however, the railroad grant was held to be good and that the certificate of the secretary of the interior that these lands passed to the railroad company was held conclusive. J. C. Young, of Minneapolis, who had purchased the rights of the railroad company, immediately began proceedings to quiet title to the lands. It is a test case and will go to the highest court.