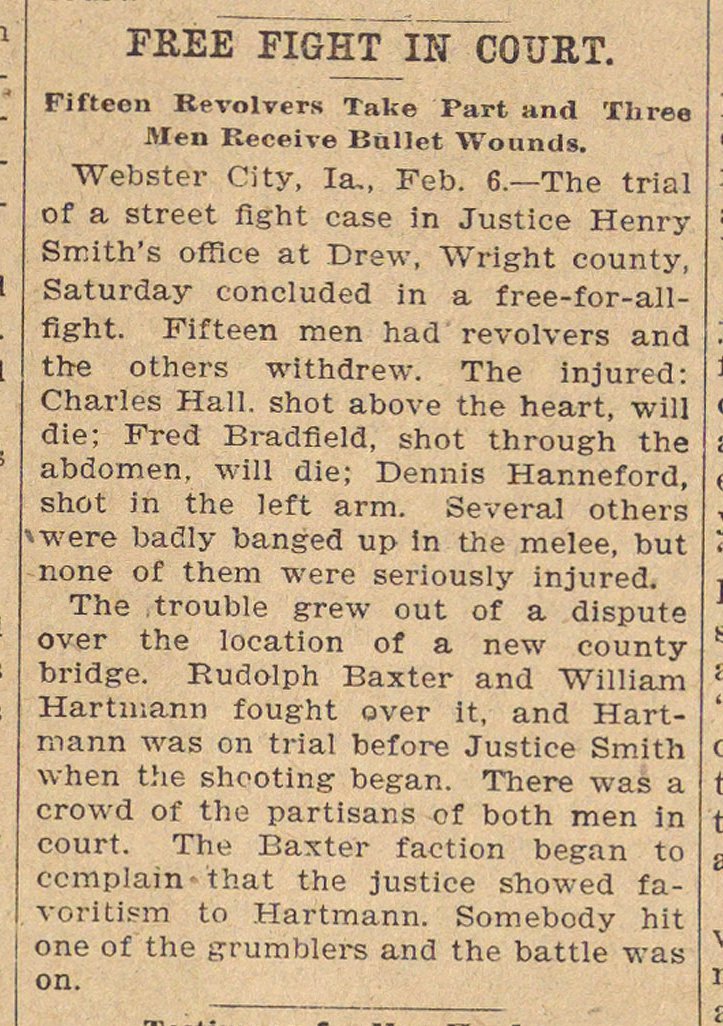 Webster City, Ia., Feb. 6.- The trial of a street fight case in Justice Henry Smith's office at Drew, Wright county, Saturday concluded in a free-for-all-fight. Fifteen men had revolvers and the others withdrew. The injured: Charles Hall, shot above the heart, will die; Fred Bradfield, shot through the abdomen, will die; Dennis Hanneford, shot in the left arm. Several others were badly banged up in the melee, but none of them were seriously injured.

The trouble grew out of a dispute over the location of a new county bridge. Rudolph Baxter and William Hartmann fought over it, and Hartmann was on trial before Justice Smith when the shooting began. There was a crowd of the partisans of both men in court. The Baxter faction began to complain that the justice showed favoritism to Hartmann. Somebody hit one of the grumblers and the battle was on.