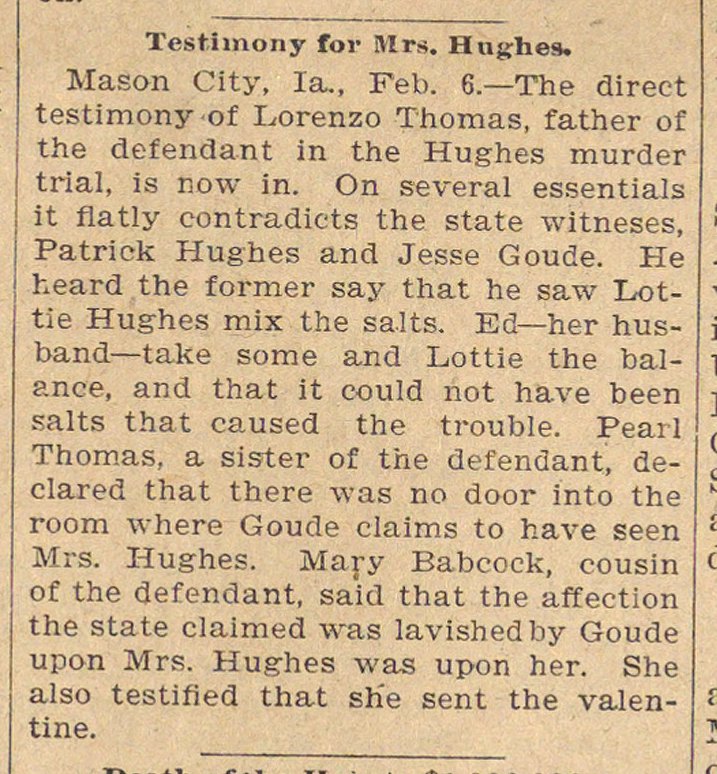 Mason City, Ia., Feb. 6.- The direct testimony of Lorenzo Thomas, father of the defendant in the Hughes murder trial, is now in. On several essentials it flatly contradicts the state witnesses, Patrick Hughes and Jesse Goude. He heard the former say that he saw Lottie Hughes mix the salts. Ed - her husband - take some and Lottie the balance, and that it could not have been salts that caused the trouble. Pearl Thomas, a sister of the defendant, declared that there was no door into the room where Goude claims to have seen Mrs. Hughes. Mary Babcock, cousin of the defendant, said that the affection the state claimed was lavished by Goude upon Mrs. Hughes was upon her. She also testified that she sent the valentine.