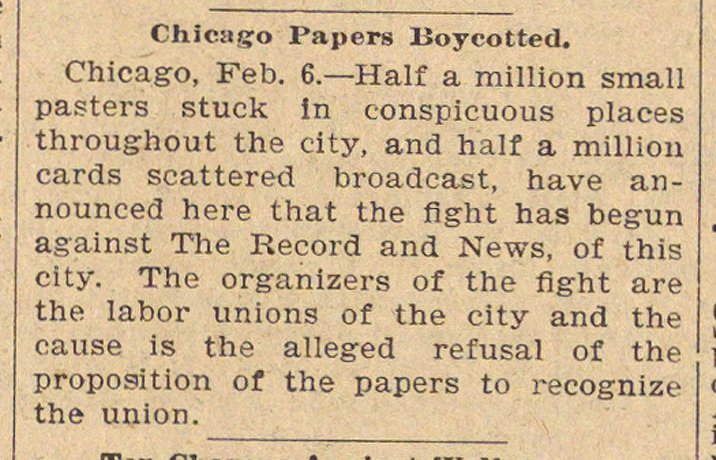 Chicago, Feb. 6.- Half a million small pasters stuck in conspicuous places throughout the city, and half a million cards scattered broadcast, have announced here that the fight has begun against The Record and News, of this city. The organizers of the fight are the labor unions of the city and the cause is the alleged refusal of the proposition of the papers to recognize the union.