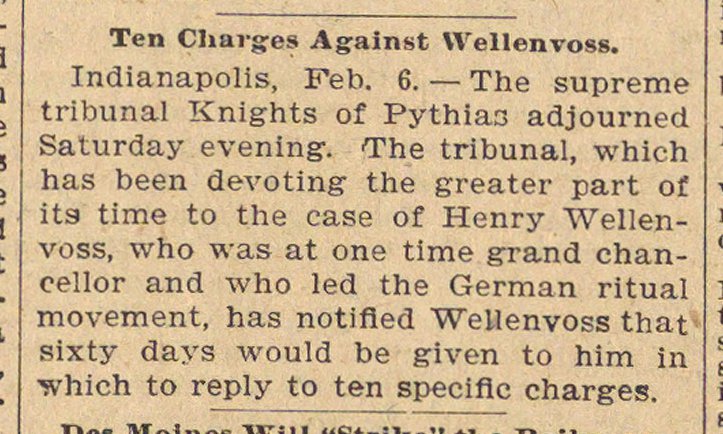 Indianapolis, Feb. 6. - The supreme tribunal Knights of Pythias adjourned Saturday evening. The tribunal, which has been devoting the greater part of its time to the case of Henry Wellenvoss, who was at one time grand chancellor and who led the German ritual movement, has notified Wellenvoss that sixty days would be given to him in which to reply to ten specific charges.