Echoes Of The Campaign 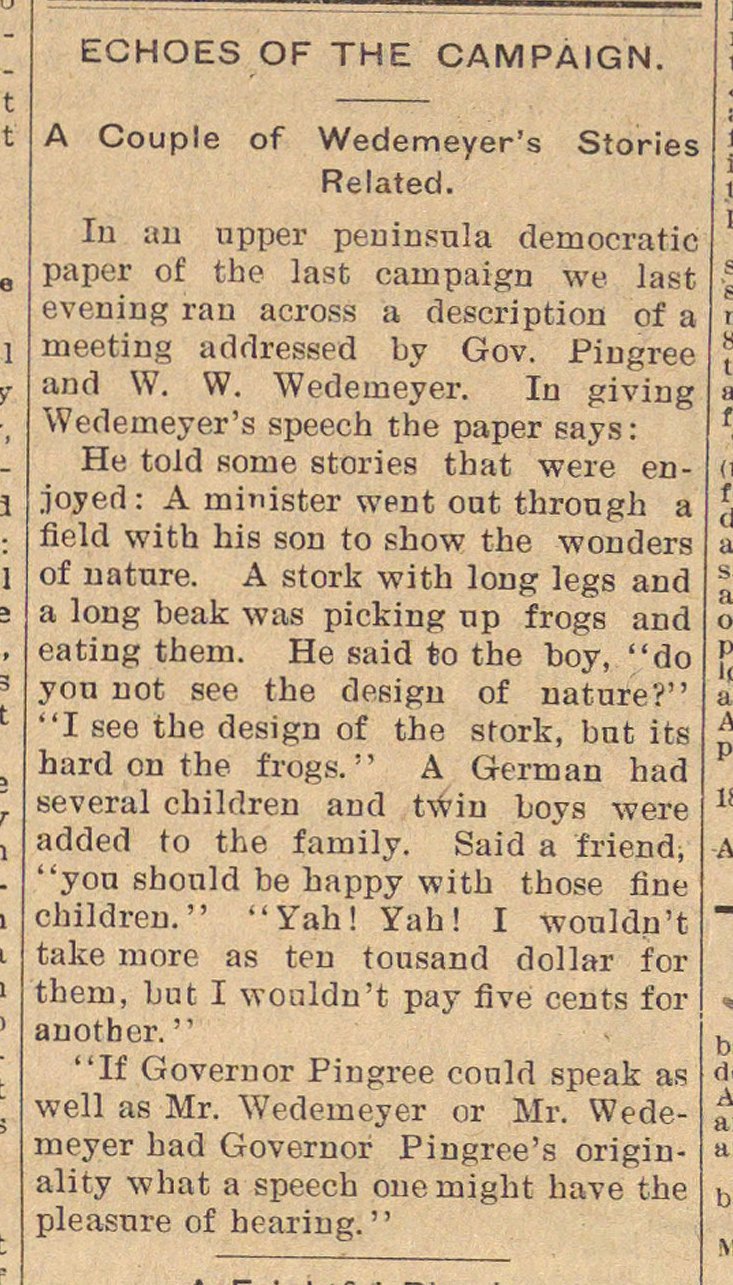 ECHOES OF THE CAMPAIGN.

A Couple of Wedemeyer's Stories Related.

In an upper peninsula democratic paper of the last campaign we last evening ran across a description of a meeting addressed by Gov. Pingree and W. W. Wedemeyer. In giving Wedemeyer's speech the paper says:

He told Rome stories that were enjoyed: A minister went out through a field with his son to show the wonders of nature. A stork with long legs and a long beak was picking up frogs and eating them. He said to the boy, "do you not see the design of nature?" "I see the design of the stork, but its hard on the frogs."  A German had several children and twin boys were added to the family. Said a friend, "you should be happy with those fine children." "Yah! Yah! I wouldn't take more as ten tousand dollar for them, but I wouldn't pay five cents for another."