Church Was For Men Only 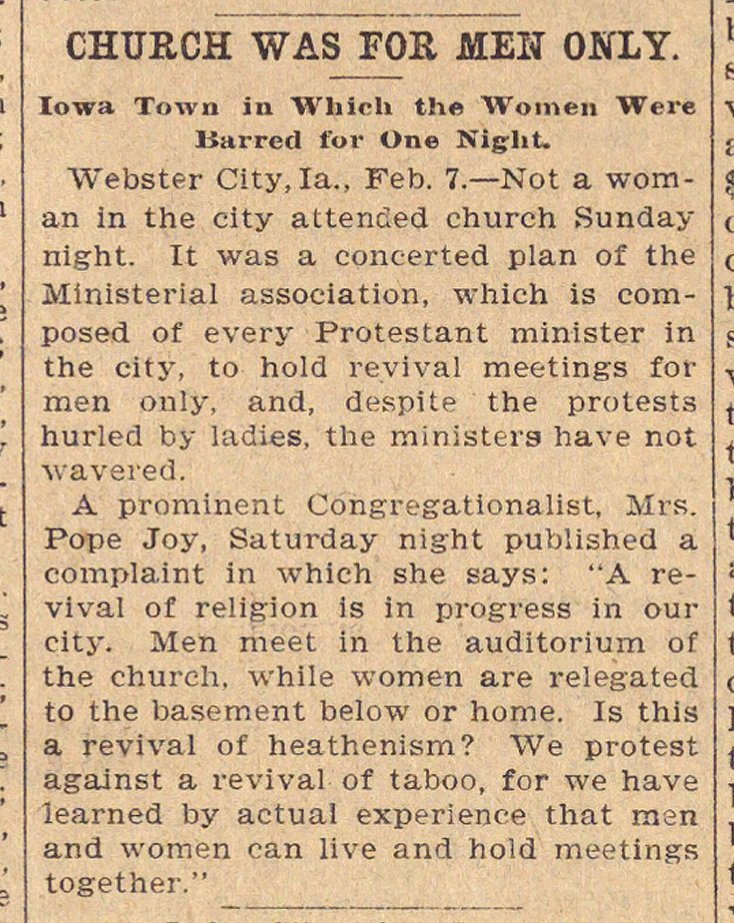 Webster City, Ia., Feb. 7. - Not a woman in the city attended church Sunday night. It was a concerted plan of the Ministerial association, which is composed of every Protestant minister in the city, to hold revival meetings for men only, and, despite the protests hurled by Iadies, the ministers have not wavered. A prominent Congregationalist, Mrs. Pope Joy, Saturday night published a complaint in which she says: "A revival of religion is in progress in our city. Men meet in the auditorium of the church, while women are relegated to the basement below or home. Is this a revival of heathenism? We protest against a revival of taboo, for we have learned by actual experience that men and women can live and hold meetings together."