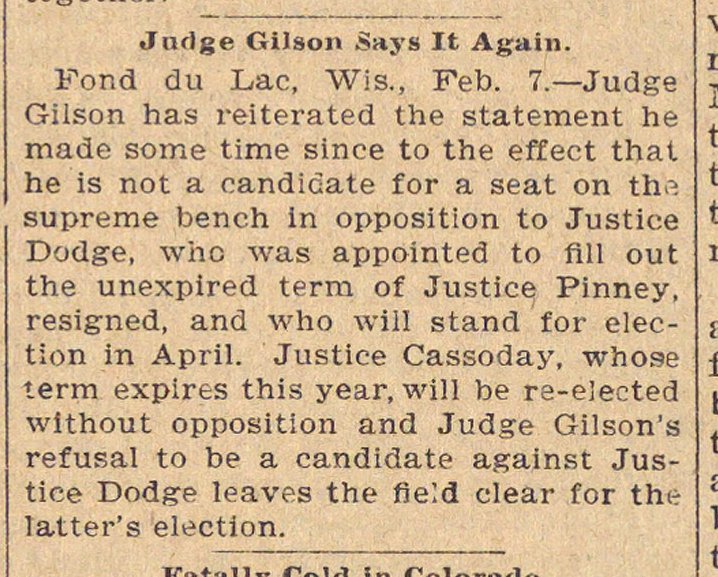 Fond du Lac, Wis., Feb. 7. - Judge Gilson has reiterated the statement he made some time since to the effect that he is not a candidate for a seat on the supreme bench in opposition to Justice Dodge, who was appointed to fill out the unexpired term of Justice Pinney, resigned, and who will stand for election in April. Justice Cassoday, whose term expires this year, will be re-elected without opposition and Judge Gilson's refusal to be a candidate against Justice Dodge leaves the field clear for the latter's election.