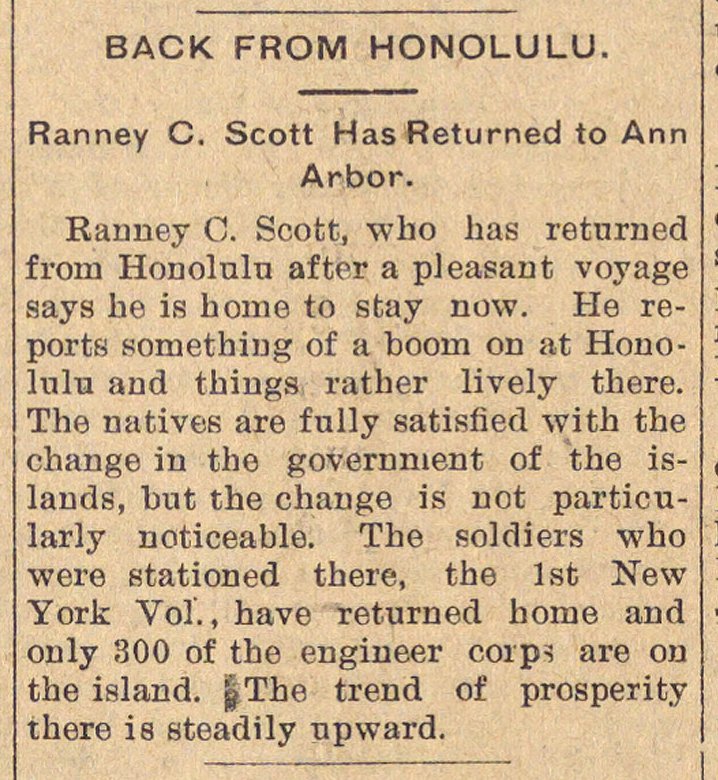 Ranney O. Scott, who has returned from Honolulu after a pleasant voyage says he is home to stay now. He reports something of a boom on at Honolulu and things rather lively there. The natives are fully satisfied with the change in the government of the islands, but the change is not particularly noticeable. The soldiers who were stationed there, the 1st New York Vol. have returned home and only 300 of the engineer corpus are on the island. The trend of prosperity there is steadily upward._________________________