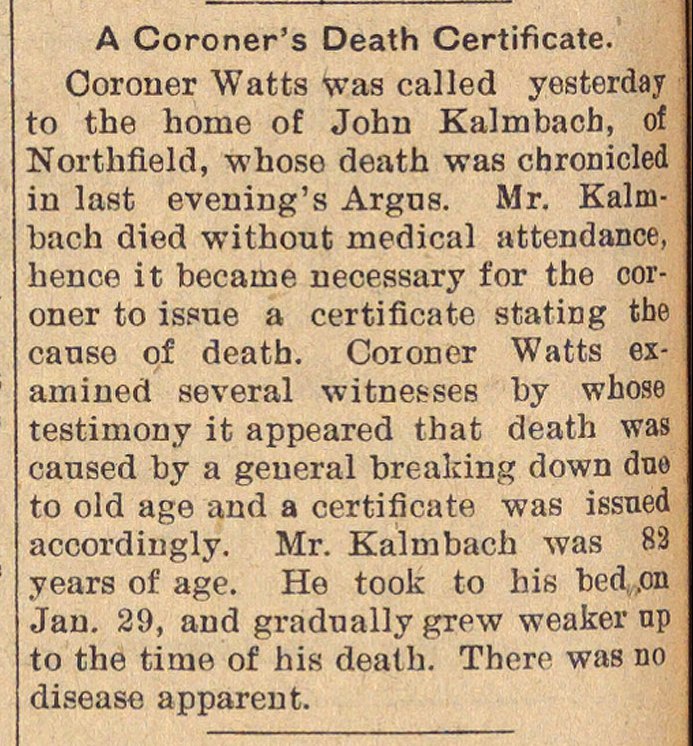 Coroner Watts was called yesterday to the home of John Kalmbach, of Northfield, whose death was chronicled in last evening's Argus. Mr. Kalmbach died without medical attendance, hence it became necessary for the coroner to issue a certificate stating the cause of death. Coroner Watts examined several witnesses by whose testimony it appeared that death was caused by a general breaking down duo to old age and a certificate was issued accordingly. Mr. Kalmbach was 88 years of age. He took to his bed, on Jan. 29, and gradually grew weaker up to the time of his death. There was no disease apparent.