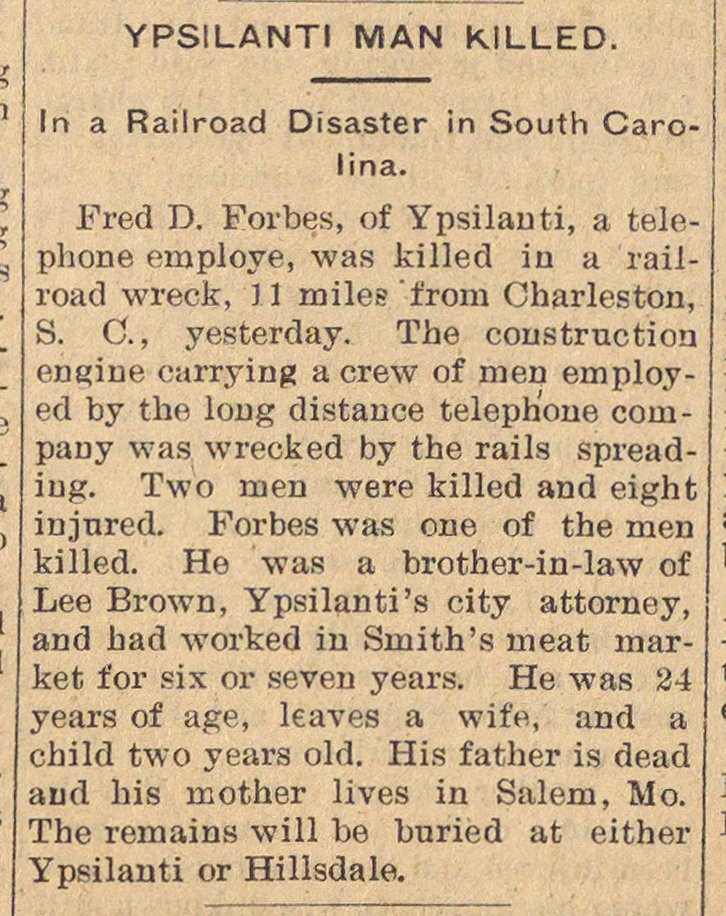 Fred D. Forbes, of Ypsilauti, a telephone employé, was killed in a railroad wreek, J 1 miles 'from Charleston, S. C. , yesterday. The coustruction entine carrying a crew of men employed by the loug distauce teleph'oue cornpauy was wrecked by the rails spreadiug. Two men were killed and eight injured. Forbes was one of the men killed. He was a brother-in-law of Lee Brown, Ypsilanti's city attorney, and had worked in Smith's meat market l'or six or seven years. He was 24 years of age, kaves a wif'e, and a child two years old. His father is dead aud his mother lives in Salem, Mo. The remains will be buried at either Ypsilauti or Hillsdale.