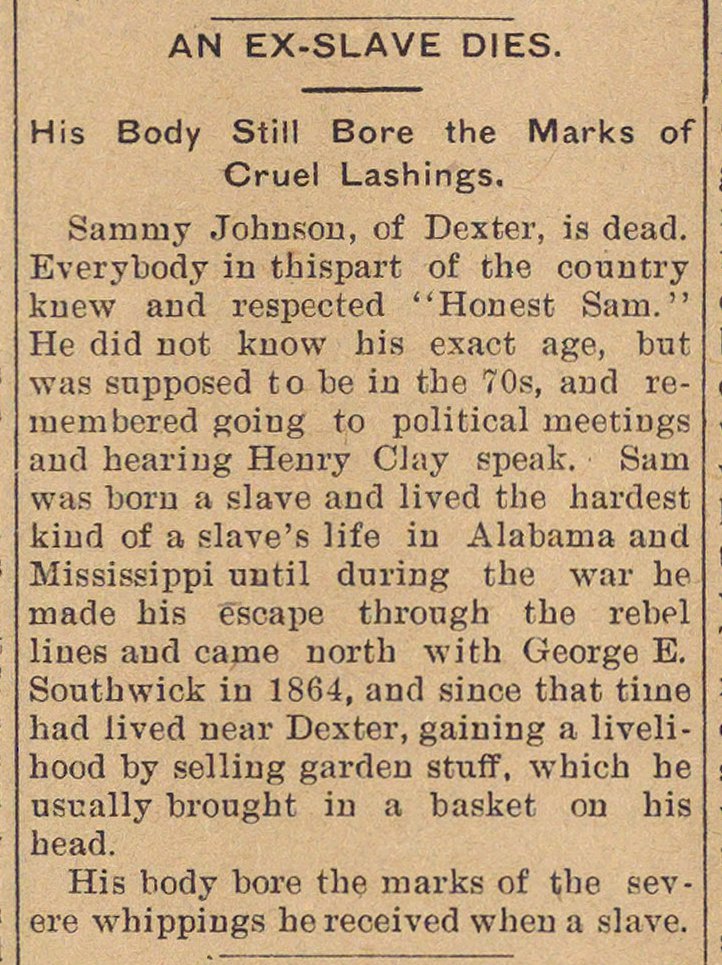 His Body Still Bore the Marks of Cruel Lashings.

Sammy Johnson, of Dexter, is dead. Everybody in this part of the country knew and respected "Honest Sam. " He did not know his exact age, but was supposed to be in the 70s, and remembered going to political meetings and hearing Henry Clay speak. Sam was born a slave and lived the hardest kind of a slave's life in Alabama and Mississippi until during the war he made his escape through the rebel lines and came north with George E. Southwick in 1864, and since that time had lived near Dexter, gaining a livelihood by selling garden stuff, which he usually brought in a basket on his head.

His body bore the marks of the severe whippings he received when a slave.