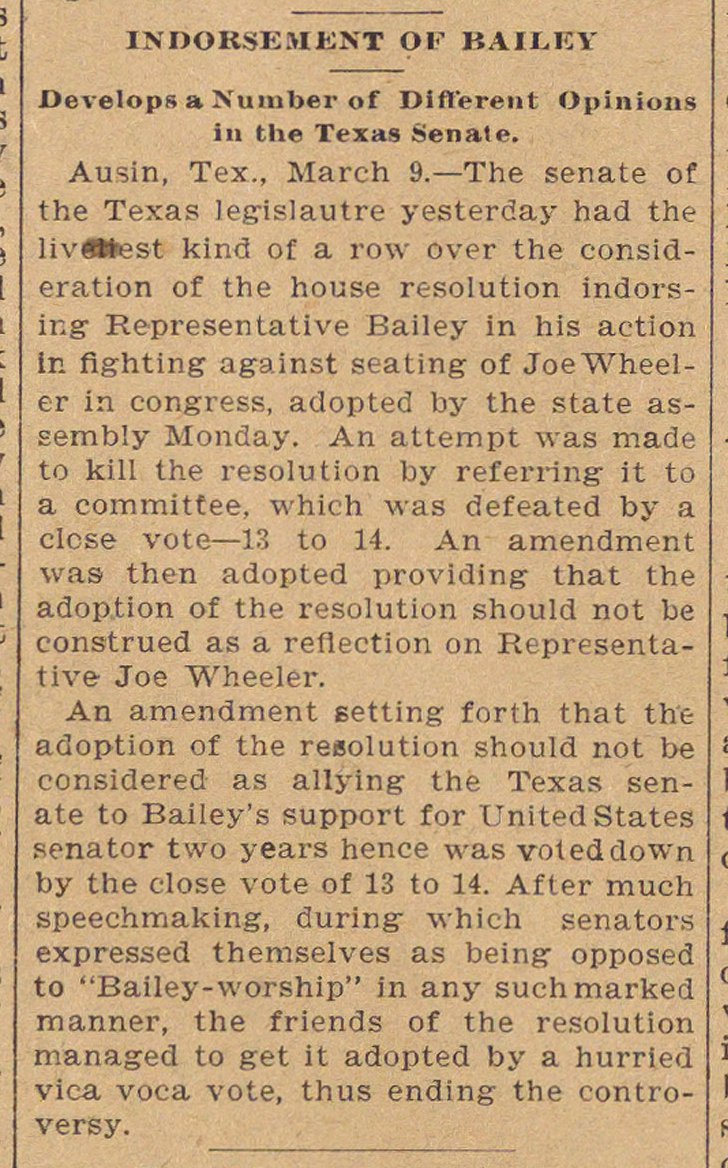 Develops a Number of Different Opinions in the Texas Senate.

Austin, Tex., March 9. - The senate of the Texas legislature yesterday had the liveliest kind of a row over the consideration of the house resolution indorsing Representative Bailey in his action in fighting against seating of Joe Wheeler in congress, adopted by the state assembly Monday. An attempt was made to kill the resolution by referring it to a committee, which was defeated by a close vote - 13 to 14. An amendment was then adopted providing that the adoption of the resolution should not be construed as a reflection on Representative Joe Wheeler. An amendment setting forth that the adoption of the resolution should not be considered as allying the Texas senate to Bailey's support for United States senator two years hence was voted down by the close vote of 13 to 14. After much speechmaking, during which senators expressed themselves as opposed to "Bailey-worship" in any such marked manner, the friends of the resolution managed to get it adopted by a hurried vica voca vote, thus ending the controversy.