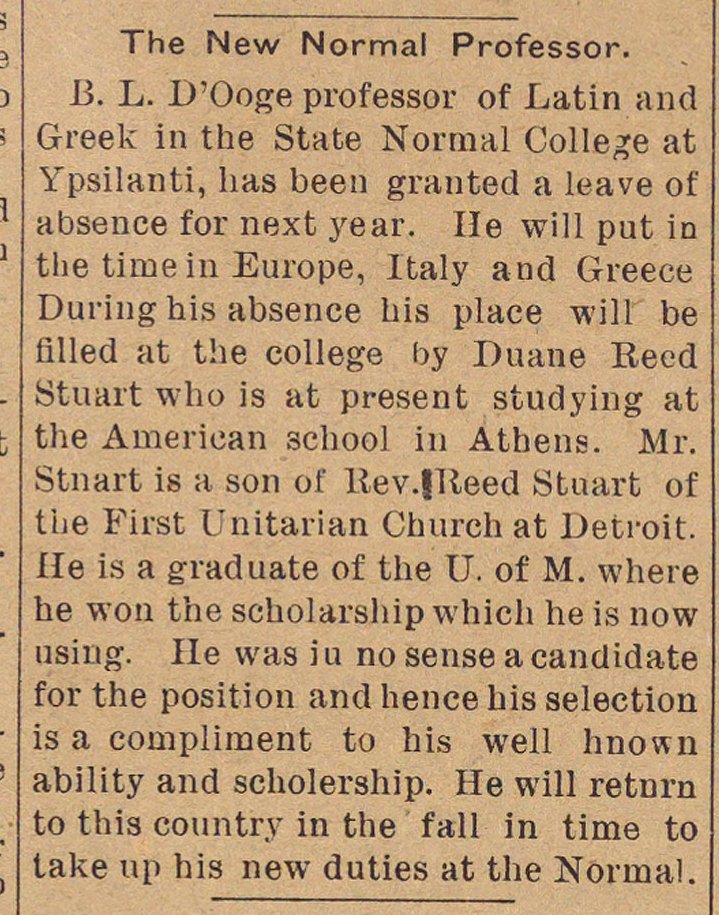 B. L. Dodge professor of Latin and Greek in the State Normal College at Ypsilanti, has been granted a leave of absence for next year. He will put in the time in Europe, Italy and Greece. During his absence his place will be filled at the college by Duane Reed Stuart who is at present studying at the American school in Athens. Mr. Stuart is a son of Rev. Reed Stuart of the First Unitarian Church at Detroit. He is a graduate of the U. of M. where he won the scholarship which he is now using. He was in no sense a candidate for the position and hence his selection is a compliment to his well known ability and scholership. He will return to this country in the fall in time to take up his new duties at the Normal.