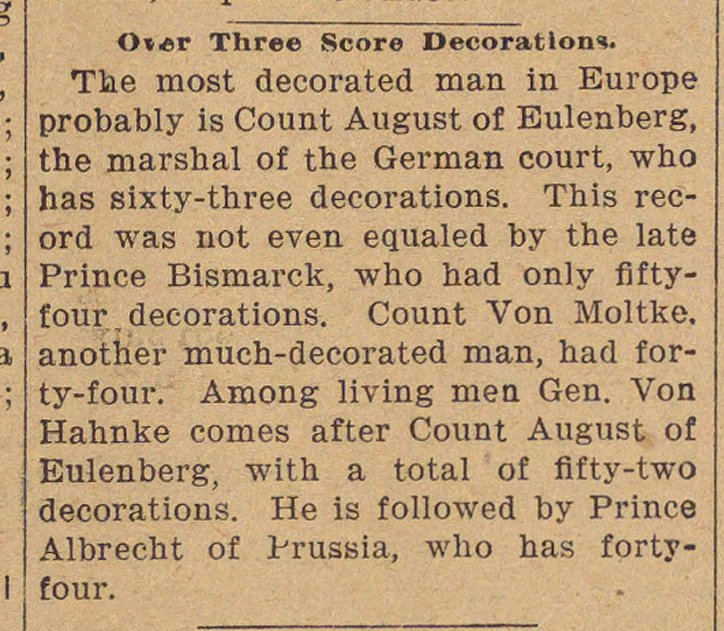 The most decorated man in Europe probably is Count August of Eulenberg, the marshal of the German court, who has sixty-three decorations. This record was not even equaled by the late Prince Bismarck, who had only fifty-four decorations. Count Von Moltke, another much-decorated man, had forty-four. Among living men Gen. Von Hahnke comes after Count August of Eulenberg, with a total of fifty-two decorations. He is followed by Prince Albrecht of Prussia, who has forty-four.