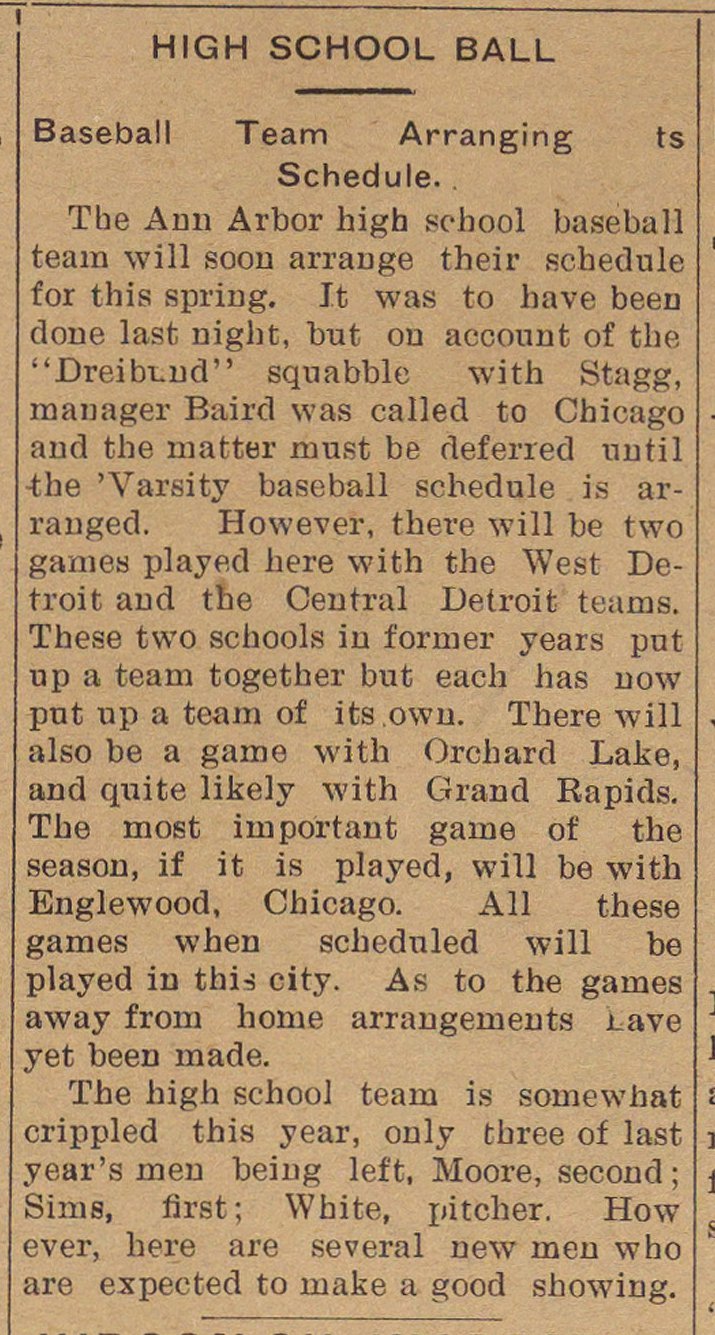 The Arm Arbor high school baseball team will soon arrauge their schedule for this spring. It was to have been done last night, but on account of the "Dreibt-nd" sqnabble with Stagg, manager Baird was called to Chicago and the matter must be deferred nntil ■the 'Varsity baseball schedule is arrauged. However, there will be two games played here with the West Detroit and the Central Detroit teams. These two schools in former years put tip a team together but each has now put up a team of its.owu. There will also be a game with Orchard Lake, and quite likely with Grand Rapids. The most important game of the season, if it is played, will be with Englewood, Chicago. All these games when schednled will be played in thij city. As to the games away from home arrangements i_ave yet been made. The high school team is somewhat crippled this year, only three of last year's men being lef t, Moore, second ; Sims, fïrst; White, pitcher. How ever, here are several new men who are expeeted to rnake a good showing.