Judge Newkirk To Run For Mayor 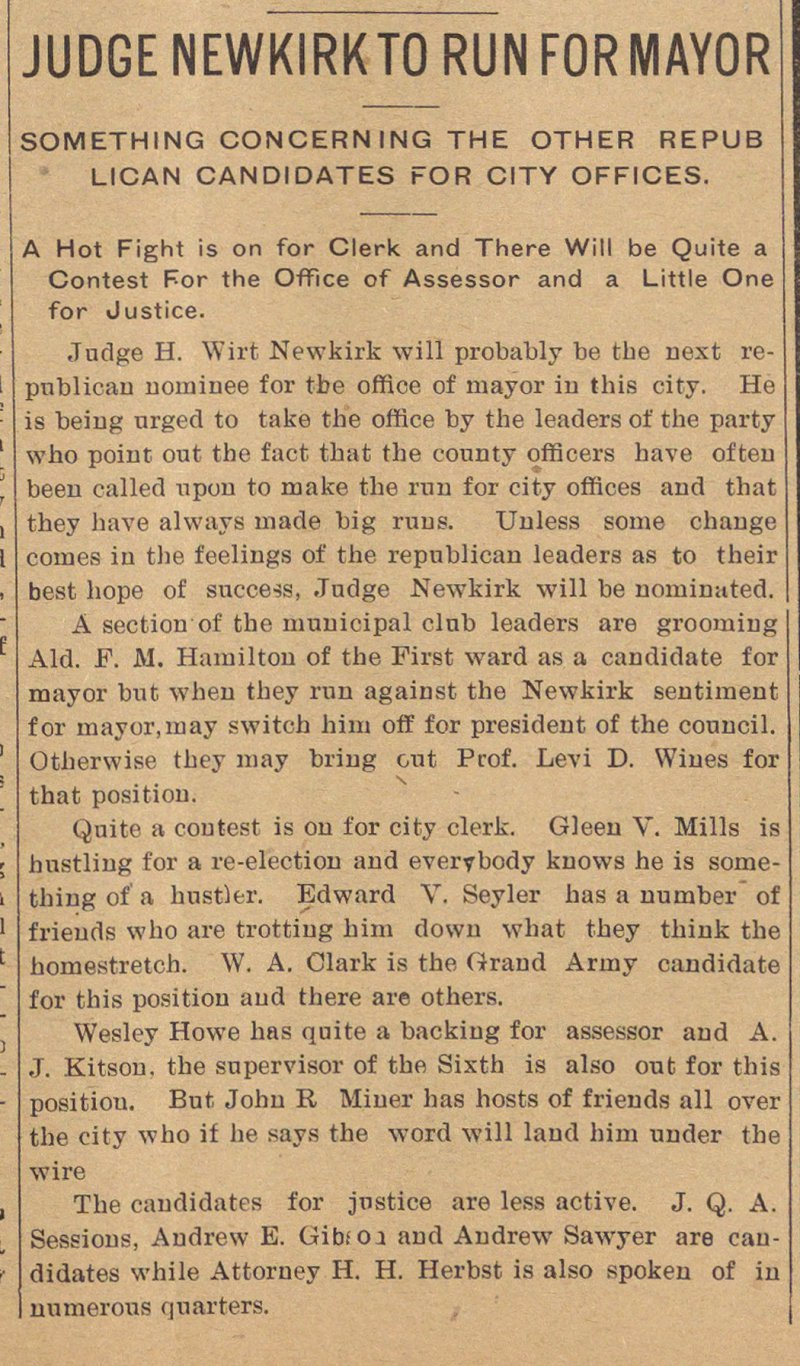 Judge H. Wirt Newkirk will probably be tbe next repnblican nominee for tbe office of mayor in this city. He is being nrged to take the office by the leaders of the party who point out the fact that the eonnty offieers have ofteu been called pon to make the rnn for city offices and that they have always made big ruus. Uriless some chauge comes iu tbe feelings of the republican leaders as to their best hope of success, Judge Newkirk will be nominuted. Á section of the municipal clnb leaders are grooming Aid. F. Al. Hamilton of the First ward as a candidate for mayor but wben they run against the Newkirk sentiment for mayor, may switch him off for president of the council. Qtherwise tbey may bring out Prof. Levi D. Wines for that position. Quite a contest is on for city clerk. Gleen V. Mills is hustling for a re-election and everybody knows he is something of a hnstler. Edward V. Seyler has a nuniber of frieuds who are trottiug him down what they think the homestretch. W. A. Olark is the Grand Army candidate for this position and there are others. Wesley Howe has quite a backing for assessor aud A. J. Kitson. the supervisor of the Sixth is also out for this positiou. But John R Miuer has hosts of friends all over the city who if he says the word will land him under the wire The candidates for justice are less active. J. Q. A. Sessions, Andrew E. GibfOj and Andrew Sawyer are candidates while Attorney H. H. Herbst is also spoken of iu nnmerous quarters.