The Last To Leave 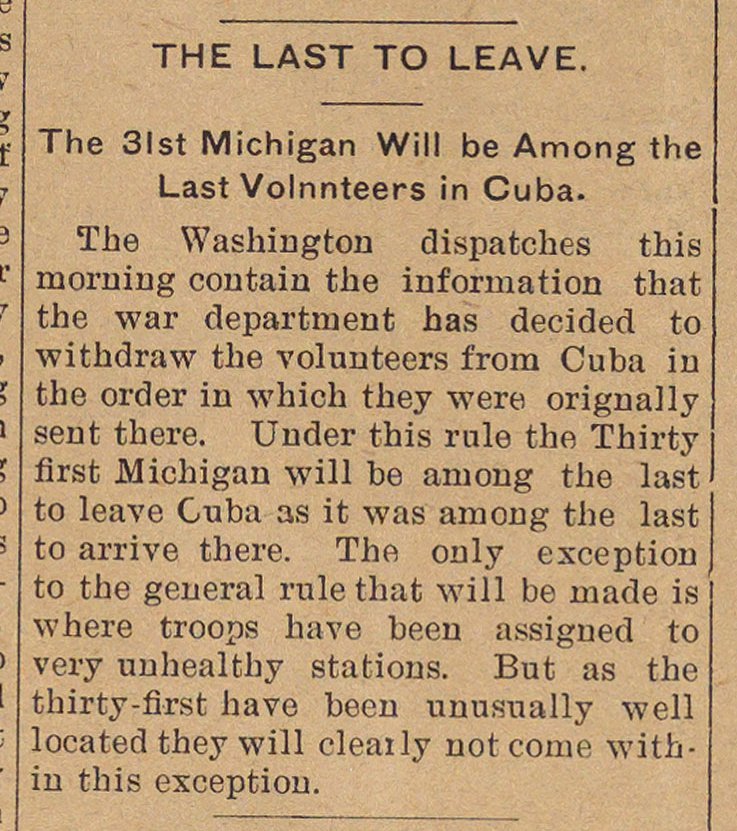 The Washington dispatches this morning contain the information that the war department has decided to withdraw the volunteers from Cuba iu the order in which they were origually sent there. Under this rule the Thirty first Michigan will be among the last I to leave Cuba as it was among the last to arrive there. The only exception to the general rule that will be made is where troops have been assigned to very unhealthy stations. But as the thirty-first have been unusually well located they will cleatly notcome within this exceptiou.