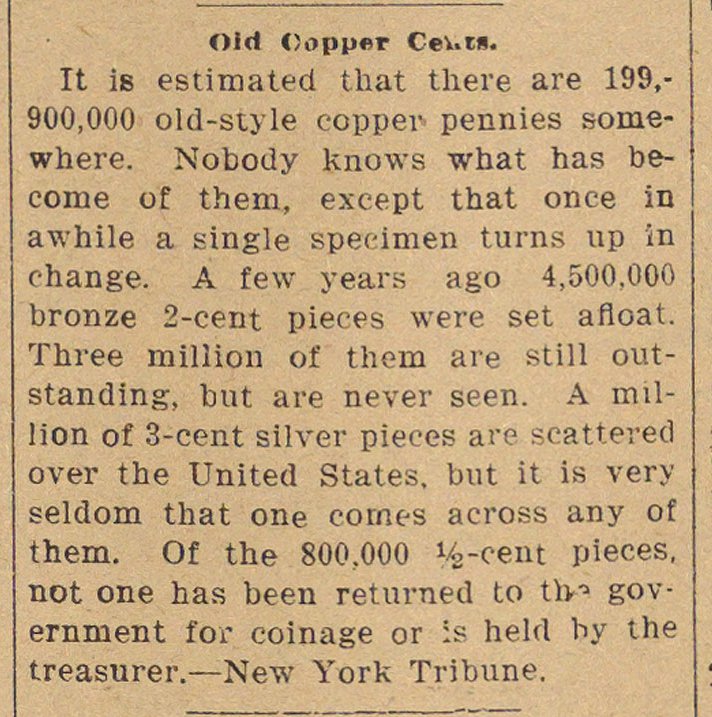 It is estimated that there are 199,900,000 old-style eopper pennies somewhere. Nobody knows what has become of them, except that once in awhile a single specimen turns up in rhange. A few years ago 4,500.000 bronze 2-cent pieces were set afloat. Three million of them are still outstanding, but are never seen. A million of 3-cent silver pieces are seattered over the United States, but it is verv seldom that one comes across any of them. Of the 800,000 i-eent pieces, not one has been returned to Uv government for coinage or :s held by the treasureiv