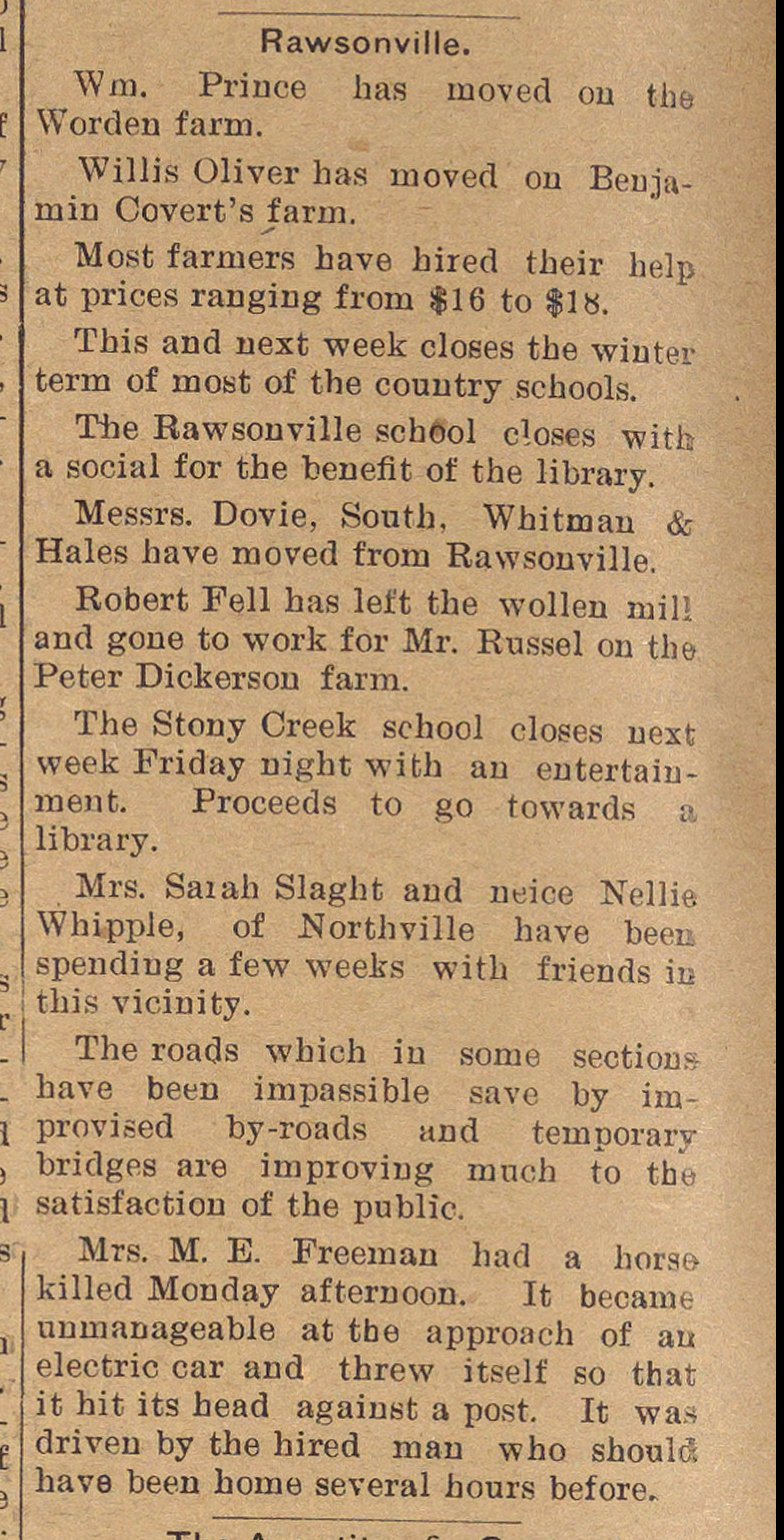 Wm, Priuce has moved ou the Worden farm. Willis Oliver has moved ou Beujurain Covert's ƒ arm. Most farmers have hired their help at prices rariging from $16 to $18. This and next week closes the winter term of most of the country schools. The Rawsonville school closes with a social for the benefit of the library. Messrs. Dovie, South, Whitman & Hales have moved from Rawsouville. Robert Feil has left the wollen rail' and gone to work for Mr. Russel on the Peter Dickersou farm. The Stony Creek school closes next week Friday night with au entertainment. Proceeds to go towards a library. Mrs. Saiah Slaght and neice Nellie Whipple, of .Northville have beeii spending a few weeks with friends in ! this vicinity. The roads which iu some sectious have been impassible save by improvised by-roads and temporary bridges are improviug mnch to tho satisfaction of the public. Mrs. M. E. Freeman had a hors killed Monday afternoon. It became nnmanageable at tbe approach of au eleetric car and threw itself so that it hit its head agaiust a post. It was driveu by the hired man who shoultf. have been home several hours before.