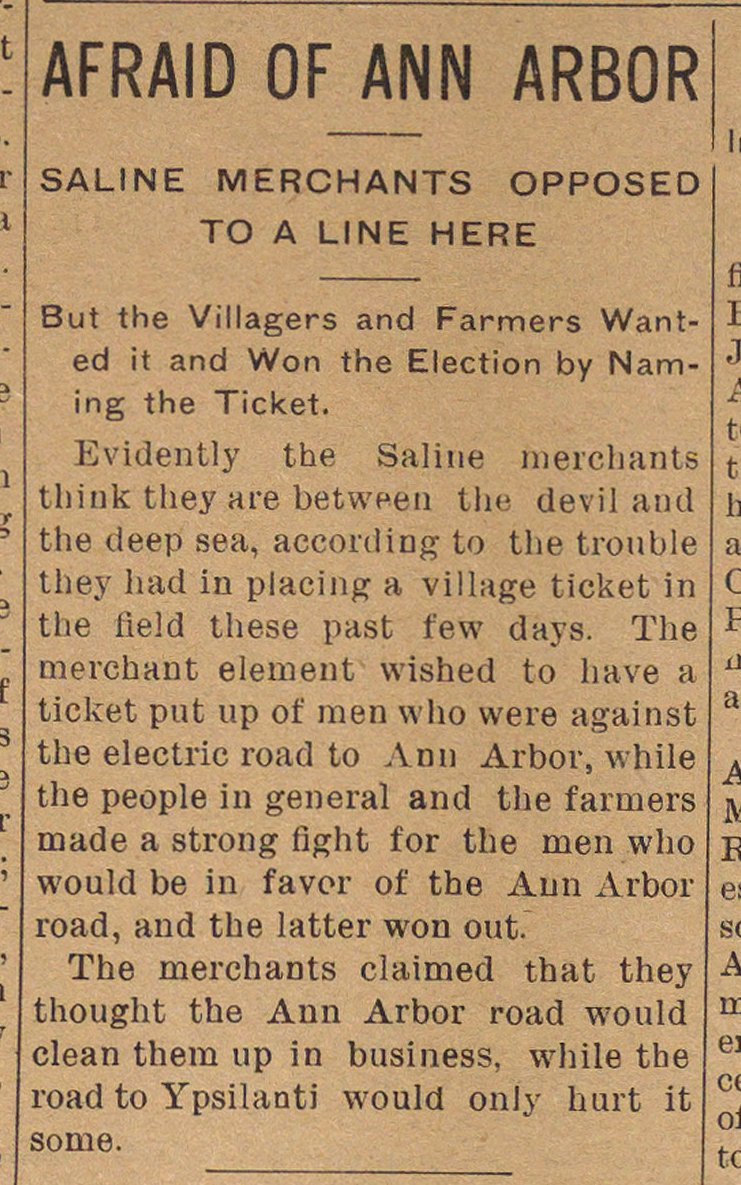 Evidently the Saline merchante think they are between the devil and the deep sea, accortling to the trouble they had in placing a village ticket in the üeld these past few days. The merchant element wished to have a ticket put up of men who were against the electric road to Ann Arbor, while the people in general and the farmers made a strong fight for the men who would be in favor of the Aun Arbor road, and the latter won out. The merchants claimed that they thought the Ann Arbor road would clean thera up in business, while the road to Ypsilanti would only hurt it some.