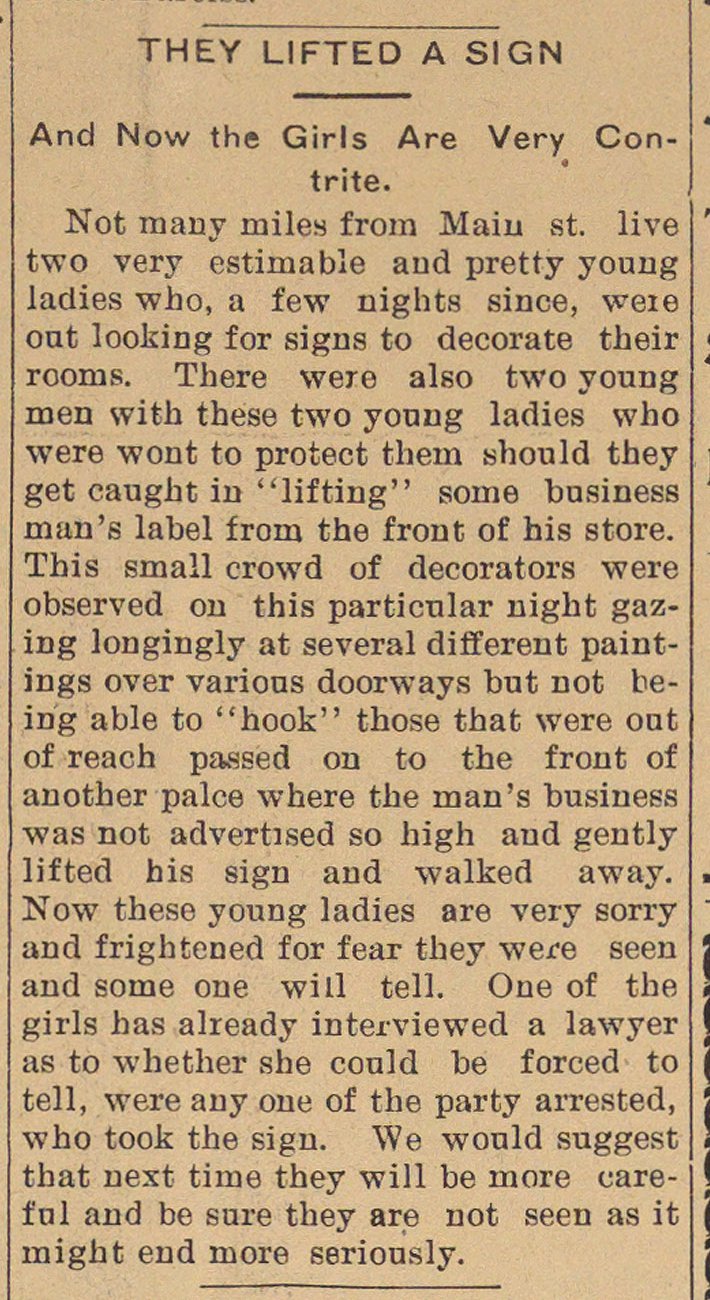 Not many miles from Main st. live two very estimable aud pretty young ladies who, a few nights since, weie out looking for signs to decórate their rooms. There were also two young men with these two yoimg ladies who were wont to protect tliem should they get caught in "lifting" some business man 's label f rom the froat of his store. This small crowd of decorators were observed on this particular night gazing longingly at several different paintings over various doorways but not heing able to "hook" those that were out of reach passed on to the front of another palee where the man 's business was not advertised so high and gently lifted his sign and walked away. Now these young ladies are very sorry and frightened for fear they were seen and some one will teil. One of the girls has already interviewed a lawyer as to whether she could be forced to teil, were any one of the party arrested, who took the sign. We would suggest that next time they will be more careful and be sure they are not seen as it might end more seriously.