The Beginning Of Modern History 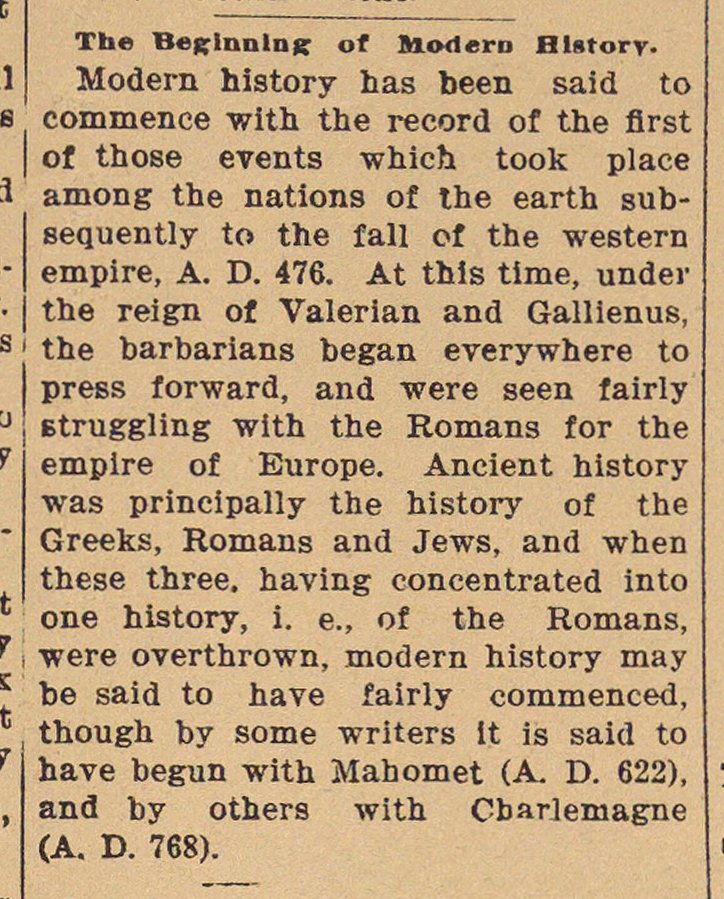 Modern history has been said to coromence with the record of the first I of those events which took place among the nations of the earth subsequently to the fall of the western empire, A. D. 476. At this time, under j the reign of Valerian and Gallienus, 1 the barbarians began everywhere to press forward, and were seen fairly Btruggling with the Romans for the empire of Europe. Ancient history was principally the history of the Greeks, Romans and Jews, and when these three. having concentrated into one history, i. e., of the Romans, , were overthrown, modern history may be said to have fairly commenced, though by some writers it is said to have begun with Mahomet (A. D. 622), and by others with CbarJemagne (A. D. 768).