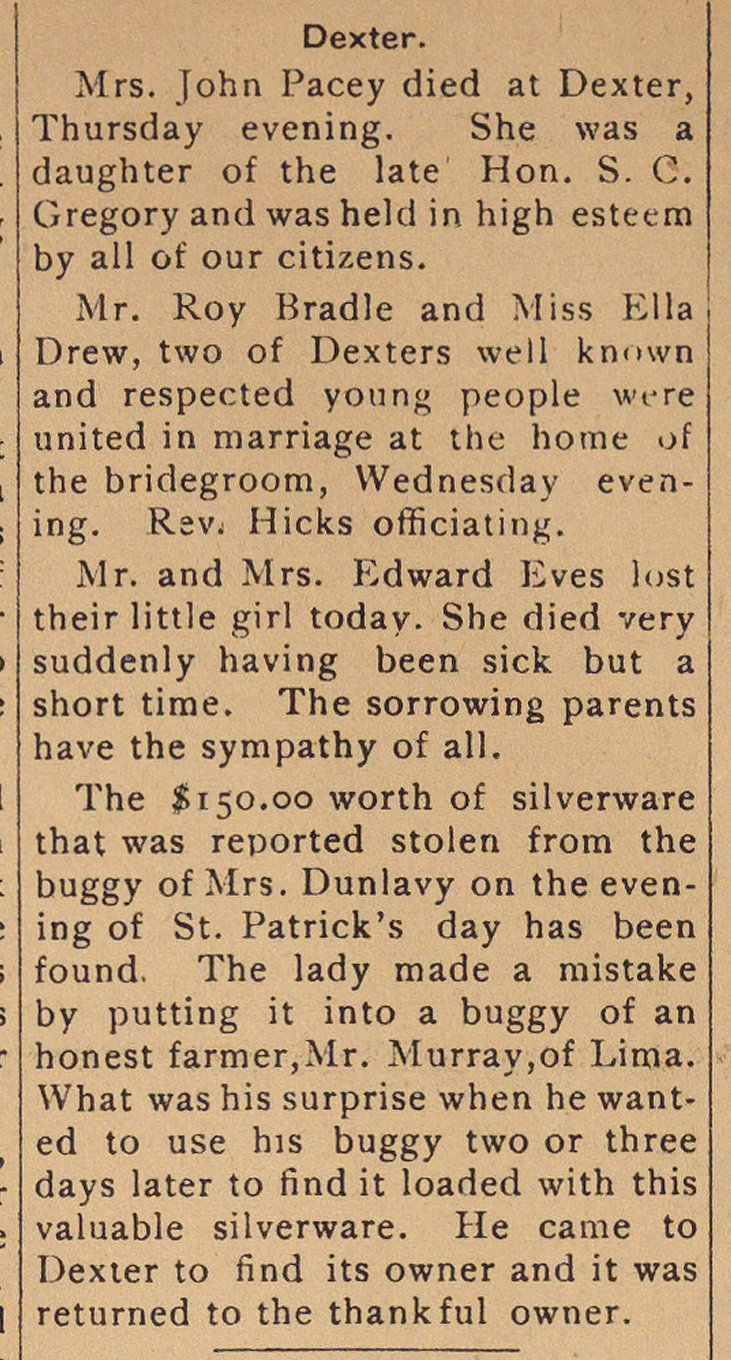 Mrs. John Pacey died at Dexter, Thursday evening. She was a daughter of the late Hon. S. C. Gregory and was held in high esteem by all of our citizens. Mr. Roy Bradle and Miss Ella Drew, two of Dexters well known and respected young people were united in marriage at the home of the bridegroom, Wednesday evening. Ravi Hicks officiating. Mr. and Mrs. Edward Eves lost their little girl today. She died very suddenly having been sick but a short time. The sorrowing parents have the sympathy of all. The $150.00 worth of silverware that was reported stolen from the buggy of Mrs. Dunlavy on the evening of St. Patrick's day has been found. The lady made a mistake by putting it into a buggy of an honest farmer, Mr. Murray,of Lima. What was his surprise when he wanted to use his buggy two or three days later to find it loaded with this valuable silverware. He came to Dexter to find its owner and it was returned to the thankful owner.