The Troth About Catarrh 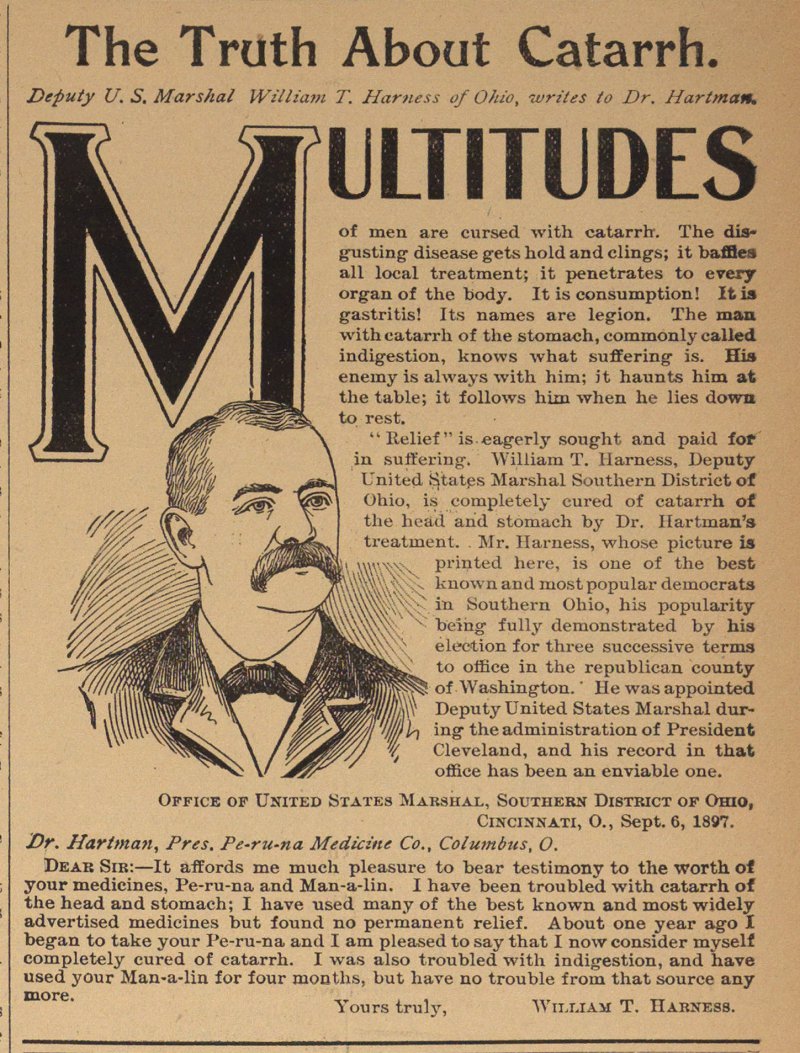 The Truth About Catarrh.

Multitudes of men are cursed with catarrh. The disgusting disease gets hold and clings; it baffles all local treatment; it penetrates to every organ of the body. It is consumption! It is gastritis! Its names are legion. The man with catarrh of the stomach, commonly called indigestion, knows what suffering is. His enemy is always with him; it haunts him at the table; it follows him when he lies down to rest.

"Relief" is eagerly sought and paid for in suffering. William T. Harness, Deputy United States Marshal Southern District of Ohio, is completely cured of catarrh of the head and stomach by Dr. Hartman's treatment. Mr. Harness, whose picture is printed here, is one of the best known and most popular democrats in Southern Ohio, his popularity being fully demonstrated by his election for three successive terms to office in the republican county of Washington. He was appointed Deputy United States Marshal during the administration of President Cleveland, and his record in that office has been an enviable one.

Dear Sir:—It affords me much pleasure to bear testimony to the worth of your medicines, Pe-ru-na and Man-a-lin. I have been troubled with catarrh of the head and stomach; I have used many of the best known and most widely advertised medicines but found no permanent relief. About one year ago I began to take your Pe-ru-na and I am pleased to say that I now consider myself completely cured of catarrh. I was also troubled with indigestion, and have used your Man-a-lin for four months, but have no trouble from that source any more.