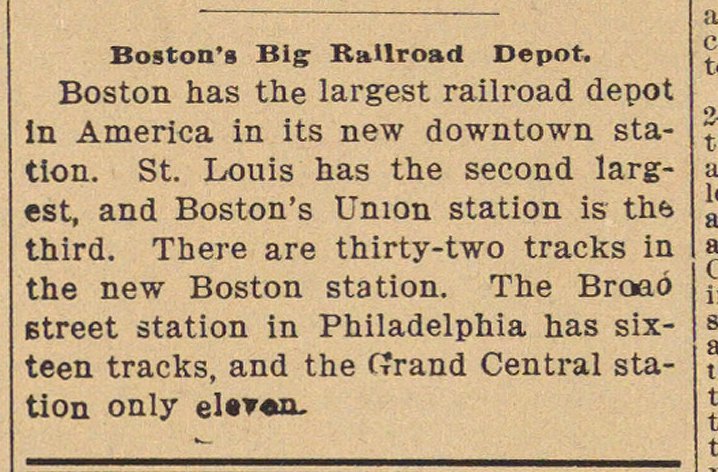 Boston has the largest railroad depot n America in its new downtown station. St. Louis has the second largest, and Boston's Union station is thè third. There are thirty-two tracks in the new Boston station. The Broaó Btreet station in Philadelphia has sixteen tracks, and the firand Central station only