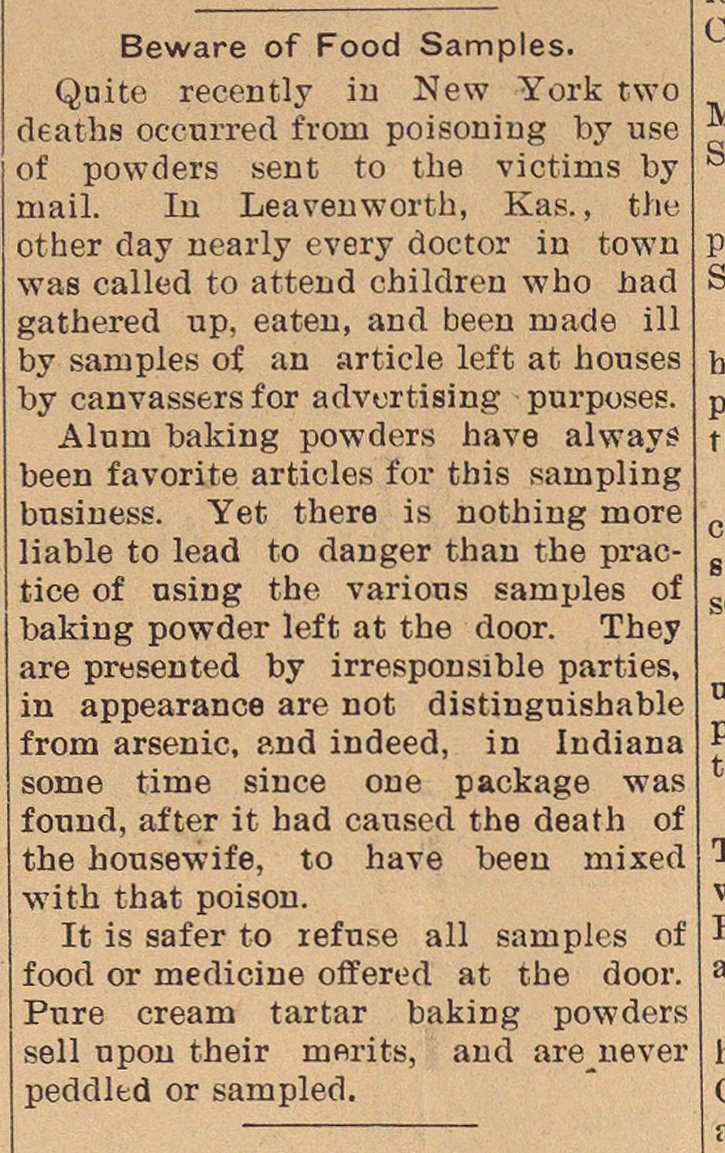 Quite recently in New York two ïieaths ocenrred ft-oru poisoning by use af powders sent to the victiras by mail. In Leavenworth, Kas., the ther day nearly every doctor in town vas called to attend children who had athered up, eaten, and been made ill )y samples of an article left at houses by canvassersfor advertising purposes. Alnrn baking powders have alvvays jeen favorite articles for this sampling snsiness. Yet there is nothing more iable to lead to danger than the prac;ice of nsing the variotis samples of jaking powder left at the door. They are presented by irresponsible parties, n appearance are not distinguishable 'rom arsenic, and indeed, in Indiana ome time since one package was 'oniid, after it had caused the death of he housewife, to have been mixed with that poison. It is safer to lefnse all samples of 'ood or medicine offered at the door. Pure cream tartar baking powder,s sell upon their mfirits, and are never jeddled or sampled.