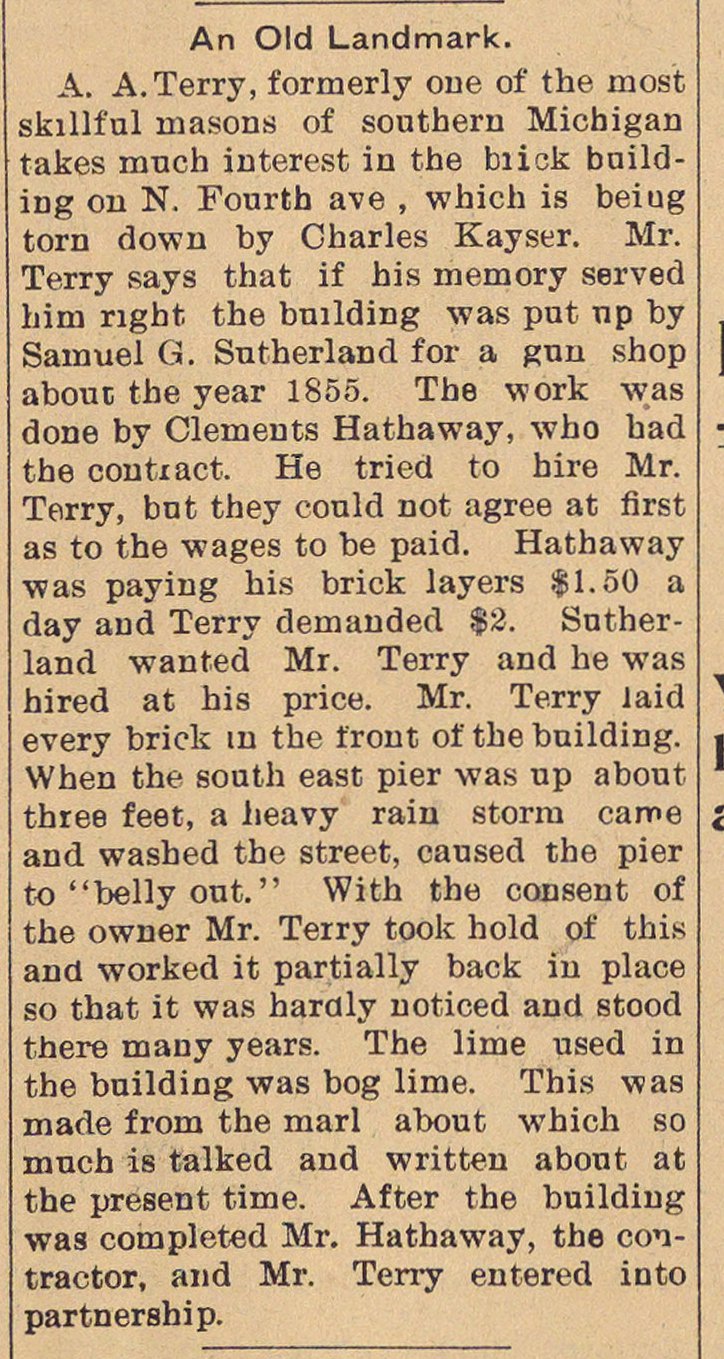 A. A.Terry, formerly oue oí' the most skillful inasons of soutbern Michigan takes much interest in the bliek building on N. Fourth ave , which is beiug torn down by Charles Kayser. Mr. Terry says that if bis memory served hirn right, the building was put up by Samuel O. Sutherland for a gun shop about the year 1855. The work was done by Clemeuts Hathaway, who bad the conti act. He tried to hire Mr. Terry, but they could not agree at first as to the wages to be paid. Hathaway was payiug his brick layers $1.50 a day and Terry demanded $2. Sutherland wanted Mr. Terry and he was hired at his price. Mr. Terry Jaid every brick in the front of the building. When the south east pier was up about thiee feet, a heavy rain storm came and washed the Street, caused the pier to "belly out." With the consent of the owner Mr. Terry took hold of this and worked it partially back in place so that it was hardly noticed and stood there many years. The lime used in the building was bog lime. This was made from the marl about which so much is talked and written abont at the present time. After the building was completed Mr. Hathaway, the contractor, and Mr. Terry entered into partnership.