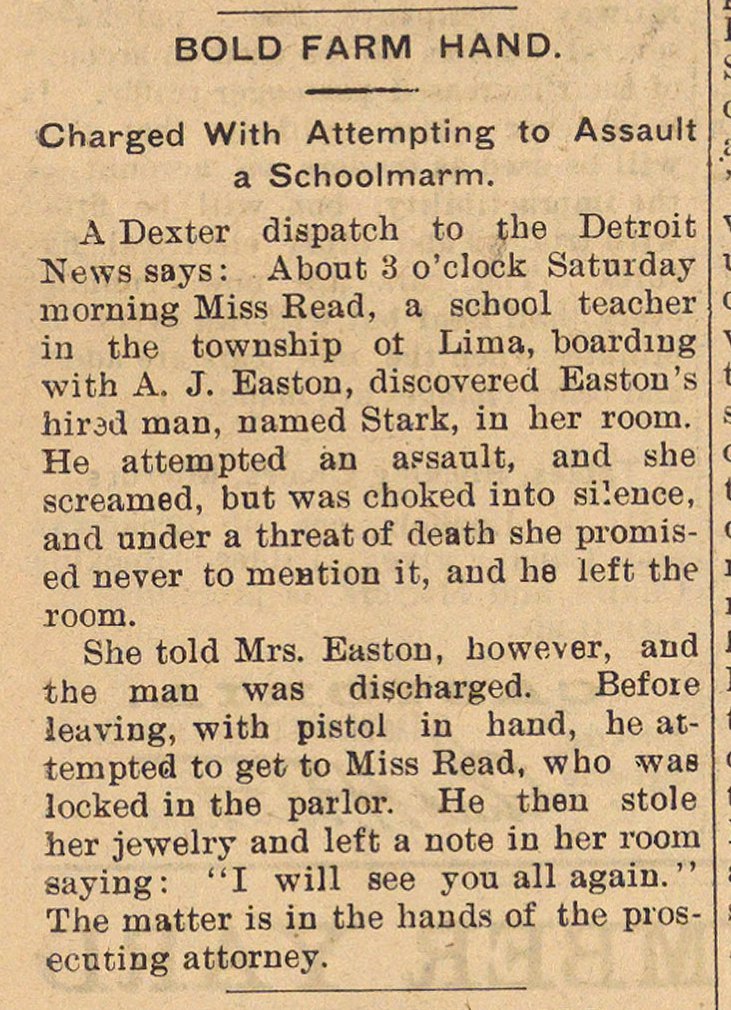 A Dexter dispatch to the Detroit Xewssays: About 3 o'clock Saturday morning Miss Read, a school teacher in the township ot Lima, boarding with A. J. Easton, discovered Easton's hirad man, named Stark, in her room. He attempted án assault, and she screamed, but was choked into si'.ence, and under a threat of death she promised never to meation it, and he ieft the room. She told Mrs. Easton, ho wever, and the man was discharged. Befoie leaving, with pistol in hand, he attempted to get to Miss Read, who was locked in the parlor. He then stole her jewelry and Ieft a note in her room aaying: "I will see you all again. " The matter is in the hands of the prosecuting attorney.