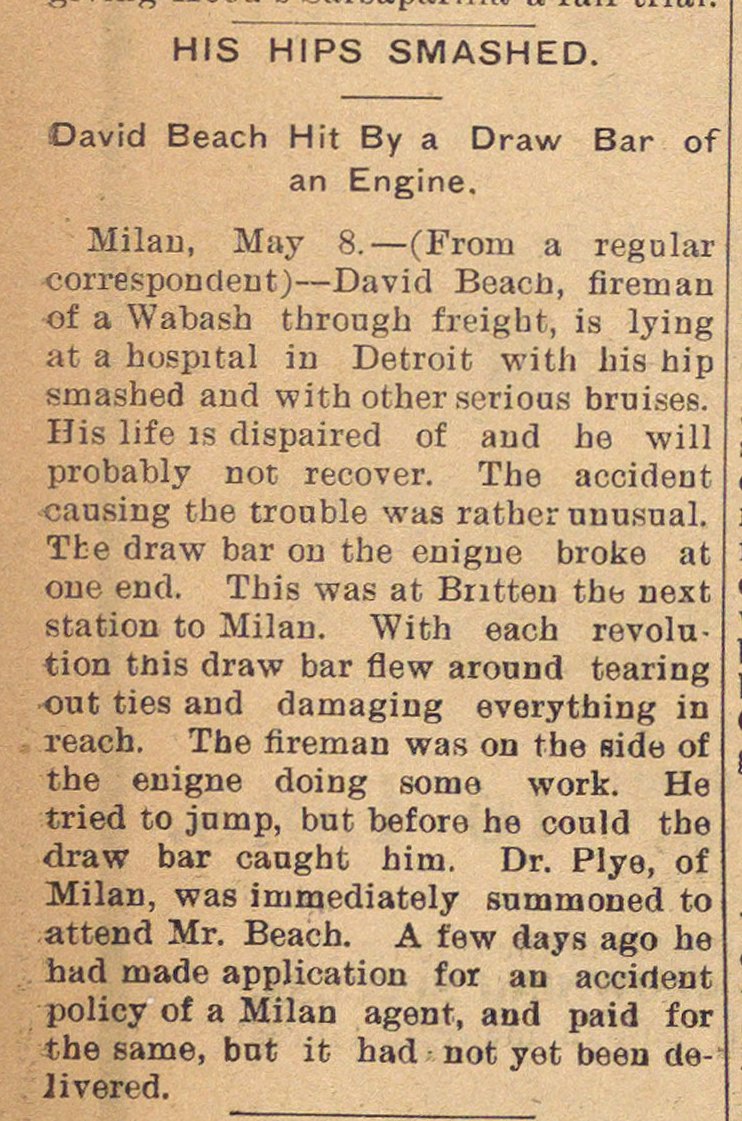 Milan, May 8. - (From a regular correspondent) - David Beach, fireman of a Wabash through freight, is lying at a hospital in Detroit with his hip smashed and with other serious bruises. His life is dispaired of and he will probably not recover. The accident causing the trouble was rather unusual. The draw bar on the engine broke at one end. This was at Britten the next station to Milan. With each revolution this draw bar flew around tearing out ties and damaging everything in reach. The fireman was on the side of the engine doing some work. He tried to jump, but before he could the draw bar caught him. Dr. Plye, of Milan, was immediately summoned to attend Mr. Beach. A few days ago he had made application for an accident policy of a Milan agent, and paid for the same, but it had not yet been delivered.