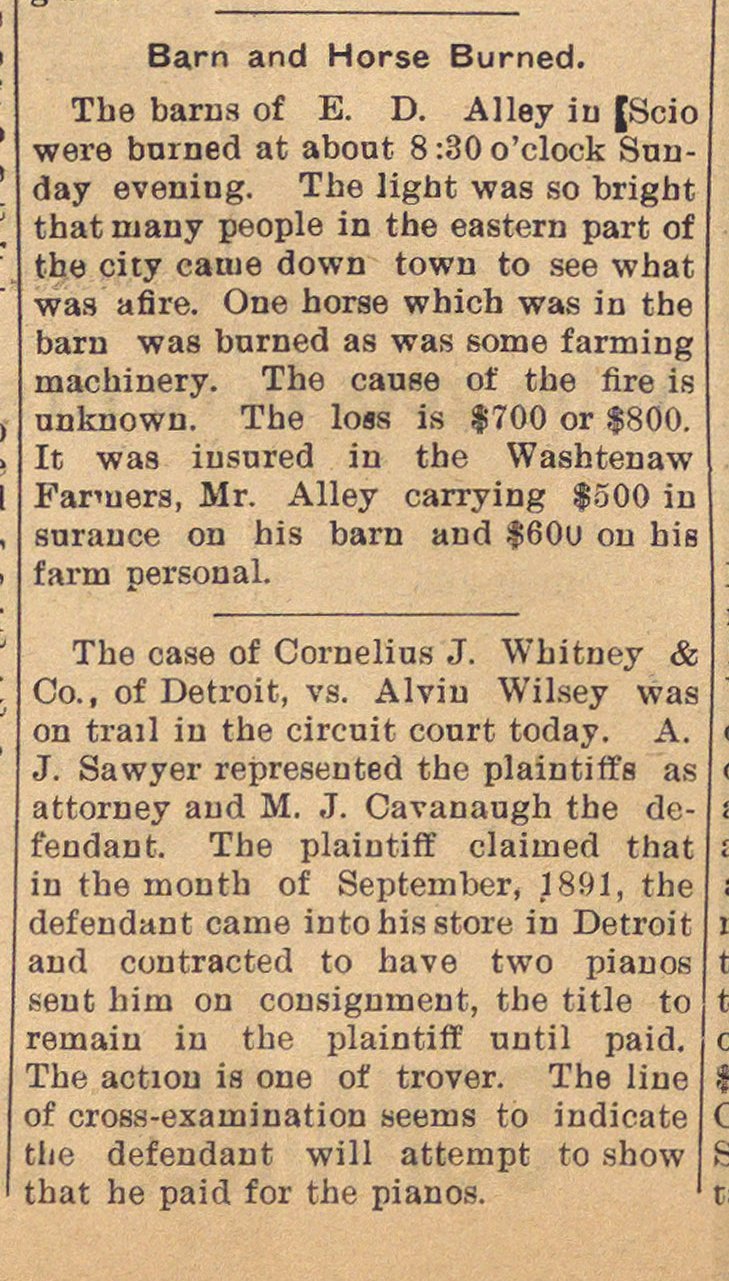 The barns of E. D. Alley in Scio were burned at about 8 :30 o'clock Sunday evening. The light was so bright that many people in the eastern part of the city came down town to see what was aflre. One horse which was in the barn was burned as was some farming machinery. The cause of the fire is unknown. The loss is $700 or $800. It was insured in the Washtenaw Farmers, Mr. Alley carrying $500 in insurance on his barn and $600 on his farm personal.

The case of Cornelius J. Whitney & Co., of Detroit, vs. Alvin Wilsey was on trail in the circuit court today. A. J. Sawyer represented the plaintiff as attorney and M. J. Cavanaugh the defendant. The plaiutiff claimed that in the month of September, 1891, the defendant came into his store in Detroit and contracted to have two pianos sent him on consignment, the title to remain in the plaintiff until paid. The action is one of trover. The line of cross-examination seems to indicate the defendant will attempt to show that he paid for the pianos.