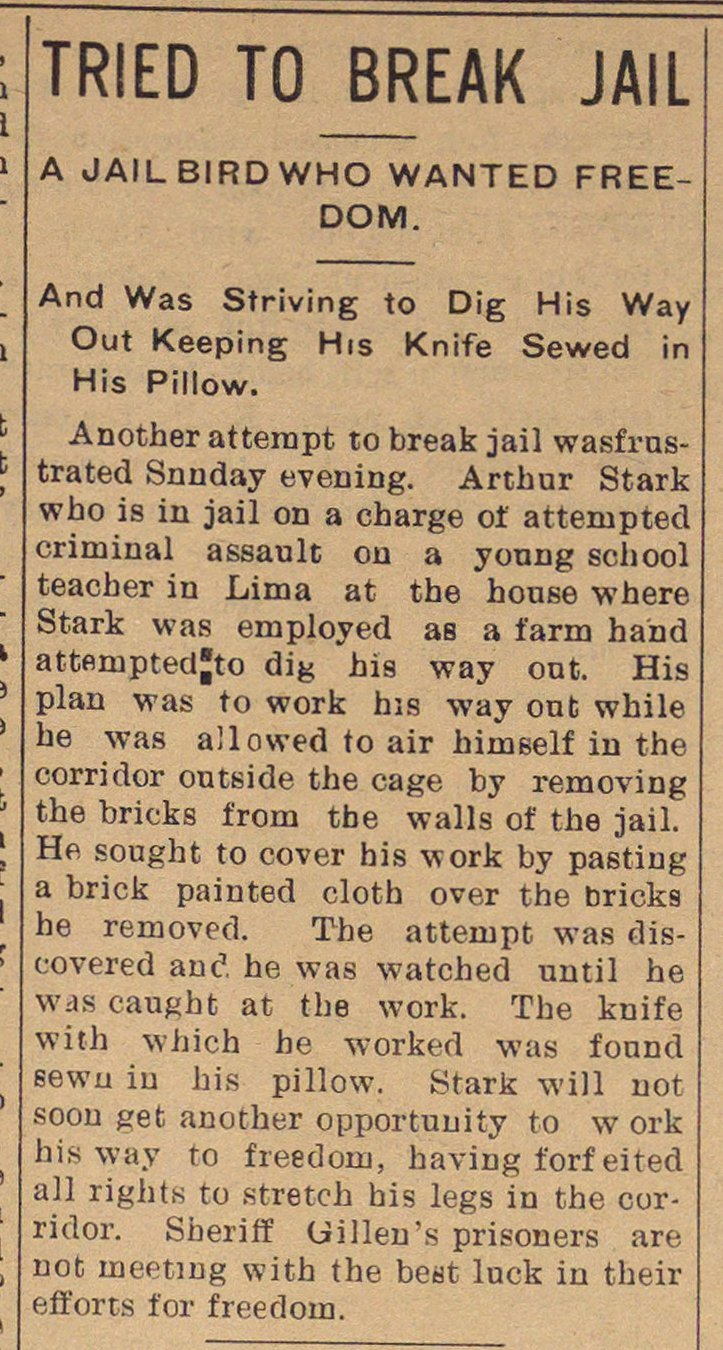 And Was Striving to Dig His Way Out Keeping His Knife Sewed in His Pillow.

Another attempt to break jail was frustrated Sunday evening. Arthur Stark who is in jail on a charge of attempted criminal assault on a young school teacher in Lima at the house where Stark was employed as a farm hand attempted to dig his way out. His plan was to work his way out while he was allowed to air himself in the corridor outside the cage by removing the bricks from the walls of the jail. He sought to cover his work by pasting a brick painted cloth over the bricks he removed. The attempt was discovered and he was watched until he was caught at the work. The knife with which he worked was found sewn in his pillow. Stark will not soon get another opportunity to work his way to freedom, having forfeited all rights to stretch his legs in the corridor. Sheriff Gillen's prisoners are not meeting with the best luck in their efforts for freedom.