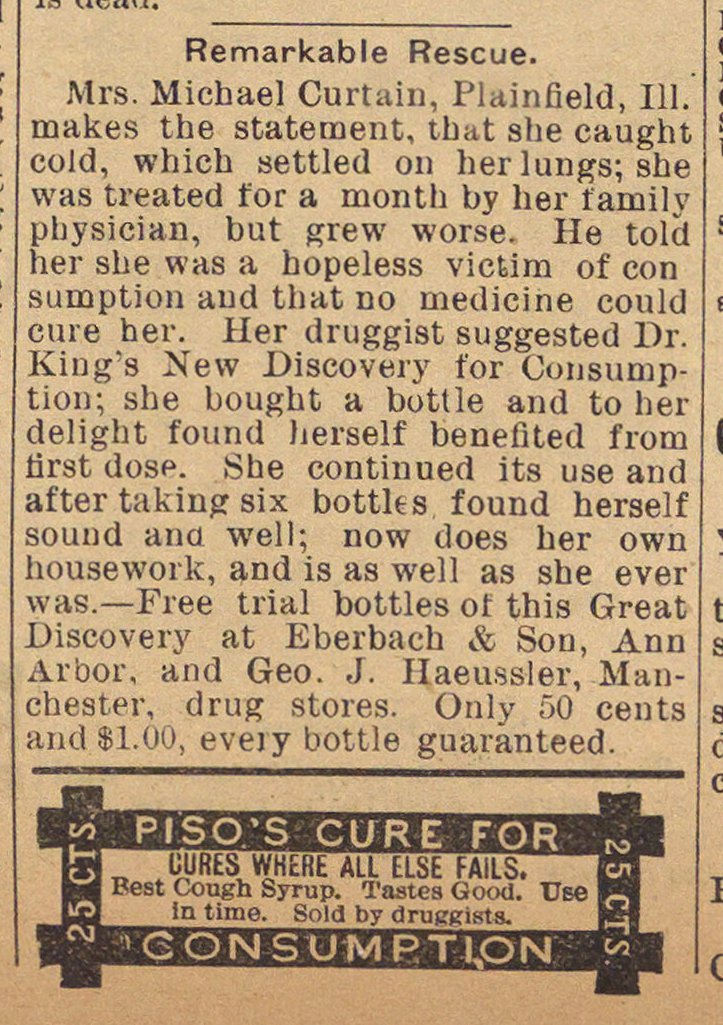 Mrs. Michael Curtain, Plainfield, III. makes the statement, that she caught cold, which settled on her lungs; she was treated for a month by her family physician, but grew worse. He told her she was a hopeless victim of consumption and that no medicine could cure her. Her druggist suggested Dr. King's New Discovery tor Consumption; she bought a bottle and to her delight found herself benefited from first dose. She continued its use and after taking six bottles found herself sound and well; now does her own housework, and is as well as she ever was. - Free trial bottles of this Great Discovery at Eberbach & Son, Ann Arbor, and Geo. J. Haeussler, Manchester, drug stores. Only 50 cents and $1.00, every bottle guaranteed.

CURES WHERE ALL ELSE FAILS. Best Cough Syrup. Tastes Good. Use in time. Sold by druggists.