A Freak Of Lightning 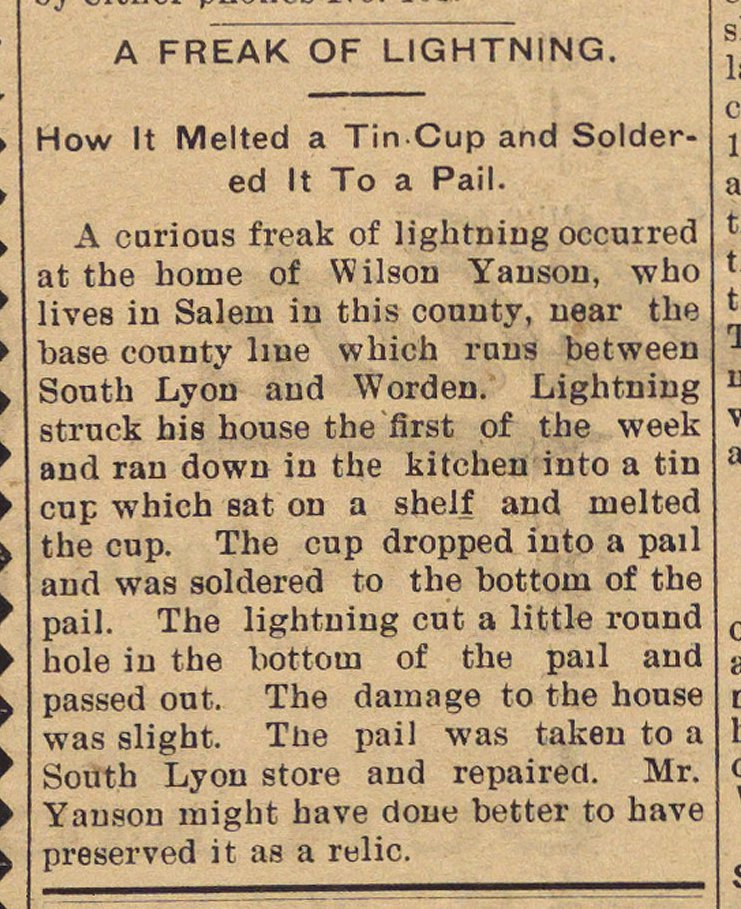 How It Melted a Tin Cup and Soldered It To a Pail.

A curious freak of lightning occurred at the home of Wilson Yanson, who lives in Salem in this county, near the base county line which runs between South Lyon and Worden. Lightning struck his house the first of the week and ran down in the kitchen into a tin cup which sat on a shelf and melted the cup. The cup dropped into a pail and was soldered to the bottom of the pail. The lightning cut a little round hole in the bottom of the pail and passed out. The damage to the house was slight. The pail was taken to a South Lyon store and repaired. Mr. Yanson might have done better to have preserved it as a relic.