He Got Into Jail 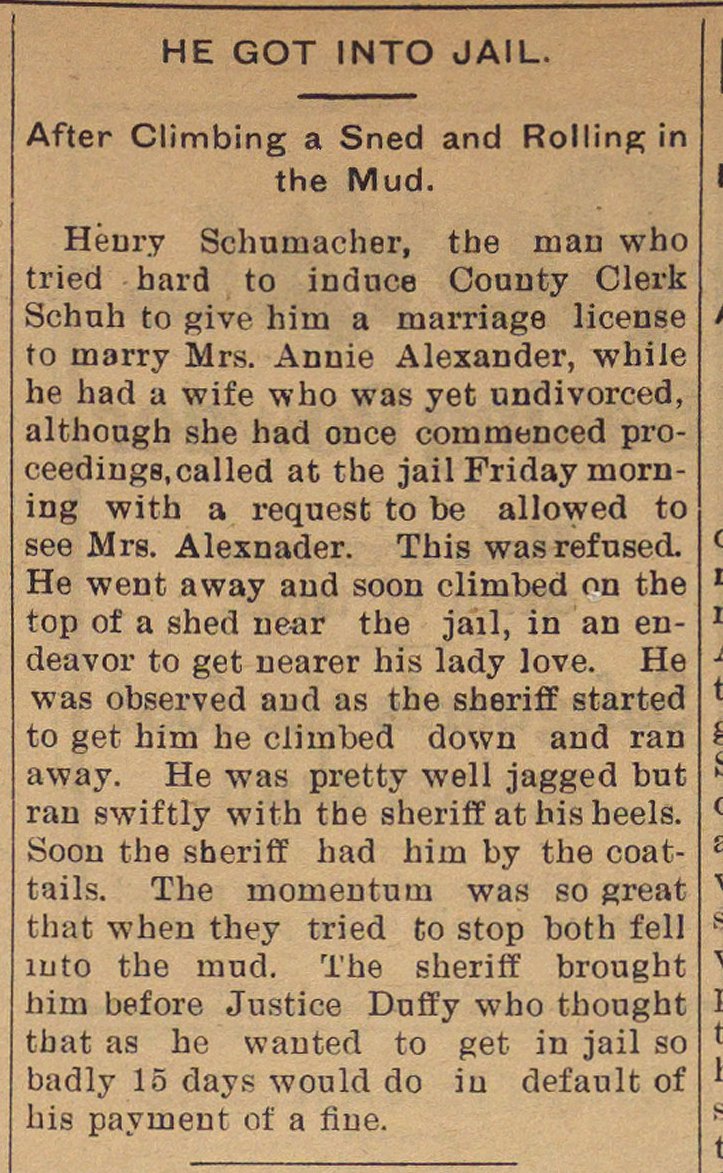 After Climbing a Shed and Rolling in the Mud.

Henry Schumacher, the man who tried hard to induce County Clerk Schuh to give him a marriage license to marry Mrs. Annie Alexander, while he had a wife who was yet undivorced, although she had once commenced proceedings, called at the jail Friday morning with a request to be allowed to see Mrs. Alexander. This was refused. He went away and soon climbed on the top of a shed near the jail, in an endeavor to get nearer his lady love. He was observed and as the sheriff started to get him he climbed down and ran away. He was pretty well jagged but ran swiftly with the sheriff at his heels. Soon the sheriff had him by the coattails. The momentum was so great that when they tried to stop both fell into the mud. The sheriff brought him before Justice Duffy who thought that as he wanted to get in jail so badly 15 days would do in default of his payment of a fine.