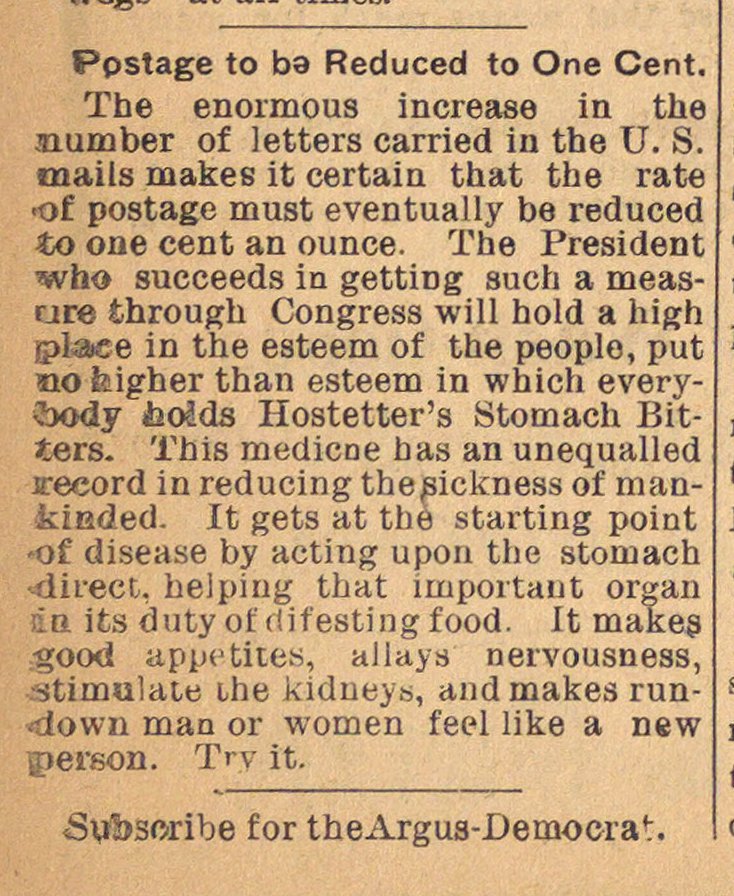 Postage to be Reduced to One Cent.

The enormous increase in the number of letters carried in the U. S. mails makes it certain that the rate of postage must eventually be reduced to one cent an ounce.
The President who succeeds in getting such a measure through Congress will hold a high place in the esteem of the people, put no higher than esteem in which everybody holds Hostetter's Stomach Bitters. This medicine has an unequalled record in reducing the sickness of mankinded. It gets at the starting point of disease by acting upon the stomach direct, helping that important organ in its duty of digesting food. It makes good appetites, allays nervousness, stimulate the kidneys, and makes rundown man or women feel like a new person.
Try it.