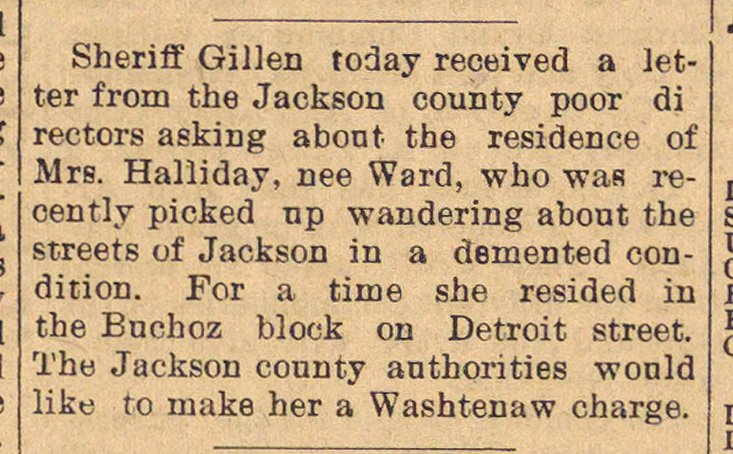 Sheriff Gillen today received a letter from the Jackson county poor directors asking the residence of Mrs. Halliday, nee Ward, who was recently picked up wandering about the streets of Jackson in a demented condition. For a time she resided in the Buchoz block on Detroit street. The Jackson county authorities would like to make her a Washtenaw charge.