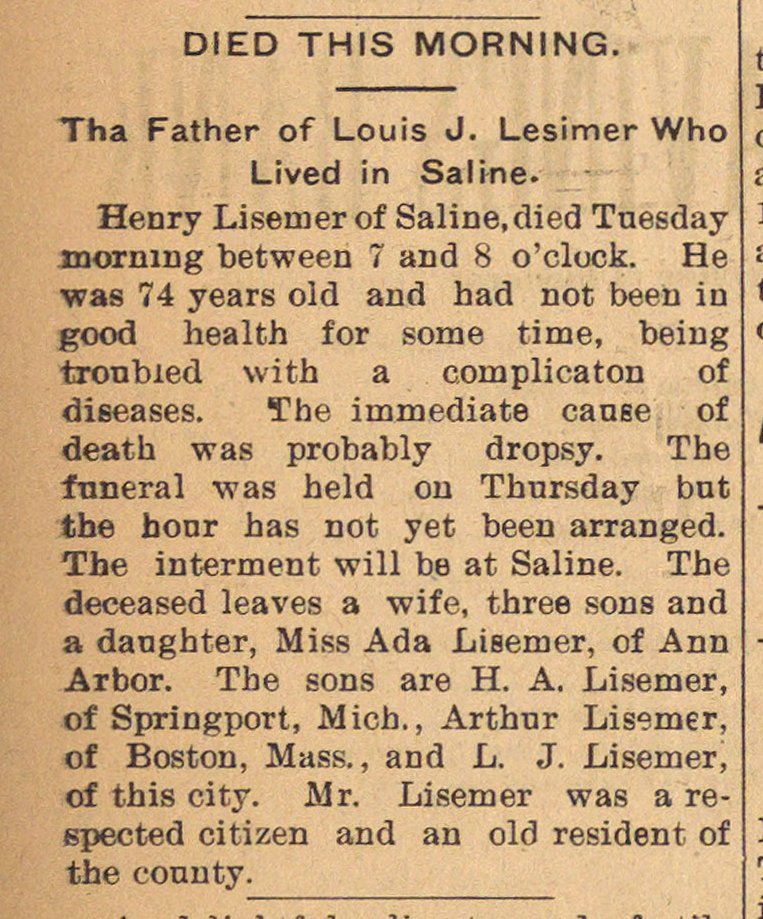 Henry Lisemer of Saline, died Tuesday morning between 7 and 8 o'clock. He was 74 years old and had not been in good health for some time, being troubled with a complication of diseases. The immediate cause of death was probably dropsy. The funeral was held on Thursday but the hour has not yet been arranged. The interment will be at Saline. The deceased leaves a wife, three sons and a daughter, Miss Ada Lisemer, of Ann Arbor. The sons are H. A. Lisemer, of Springport, Mich., Arthtir Lisemer, of Boston, Mass., and L. J. Lisemer, of this city. Air. Lisemer was a respected citizen and an old resident of the county.