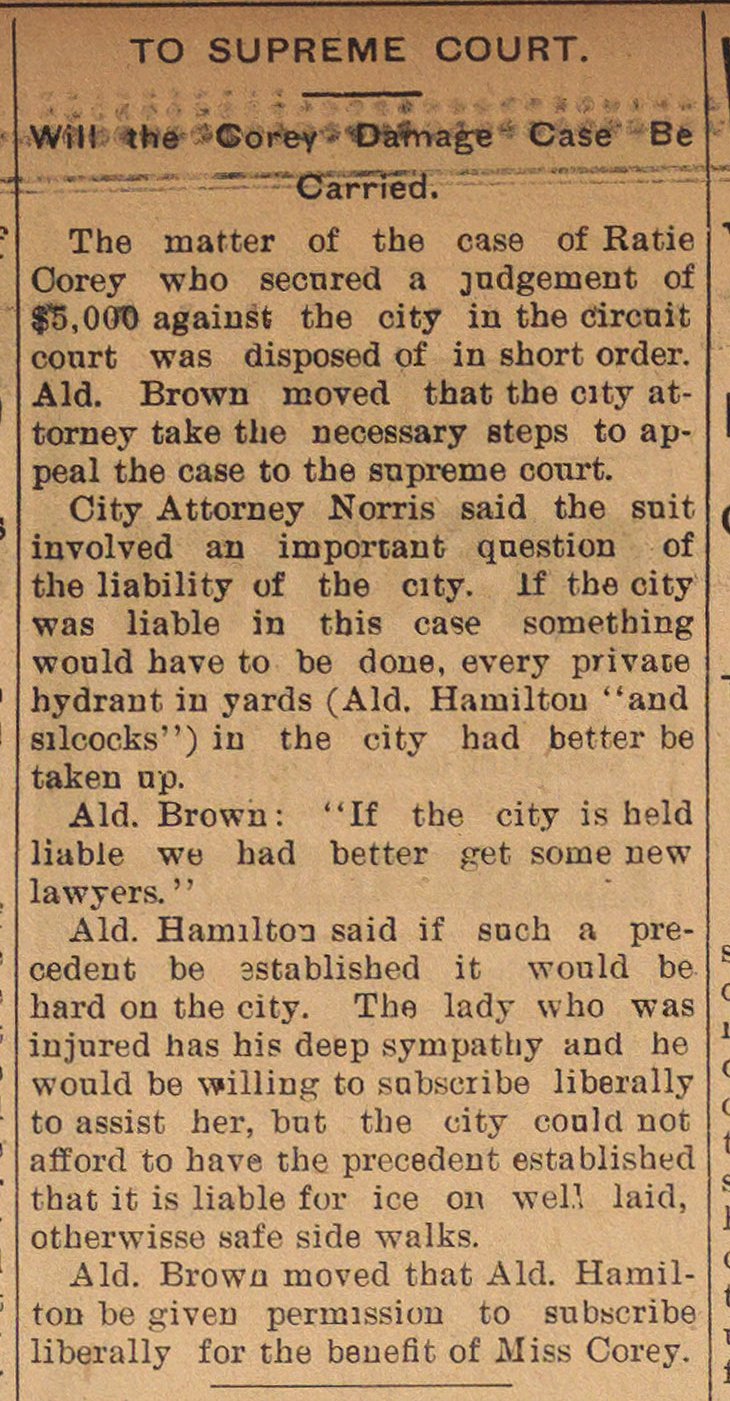 The matter of the case of Ratie Corey who secured a judgement of $5,000 against the city in the circuit court was disposed of in short order. Ald. Brown moved that the city attorney take the necessary steps to appeal the case to the supreme court.

City Attorney Norris said the suit involved an important question of the liability of the city. If the city was liable in this case something would have to be done, every private hydrant in yards (Ald. Hamiltou "and silcocks") in the city had better be taken up.

Ald. Brown: "If the city is held liable we had better get some new lawyers.

Ald. Hamilton said if such a precedent be established it would be hard on the city. The lady who was injured has his deep sympathy and he would be willing to subscribe liberally to assist her, but the city could not afford to have the precedent established that it is liable for ice on well laid, otherwisse safe side walks.

Ald. Brown moved that Ald. Hamilton be given permission to subscribe liberally for the benefit of Miss Corey.