The Battle Of Nations 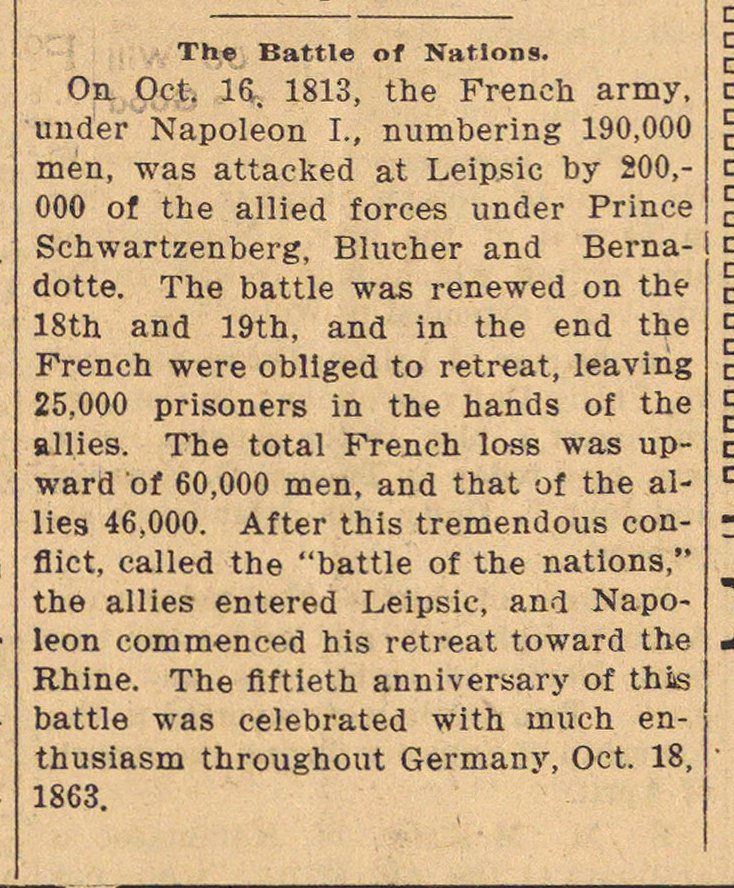 The Battle of Nations.

On. Oct. 16. 1813, the French army, under Napoleon I., numbering 190,000 men, was attacked at Leipsic by 200,000 of the allied forces under Prince Schwartzenberg, Blucher and Bernadotte. The battle was renewed on the 18th and 19th, and in the end the French were obliged to retreat, leaving 25,000 prisoners in the hands of the allies. The total French loss was upward of 60,000 men, and that of the allies 46,000. After this tremendous conflict, called the "battle of the nations," the allies entered Leipsic, and Napoleon commenced his retreat toward the Rhine. The fiftieth anniversary of this battle was celebrated with much enthusiasm throughout Germany, Oct. 18, 1863.