Not Be Tried Again 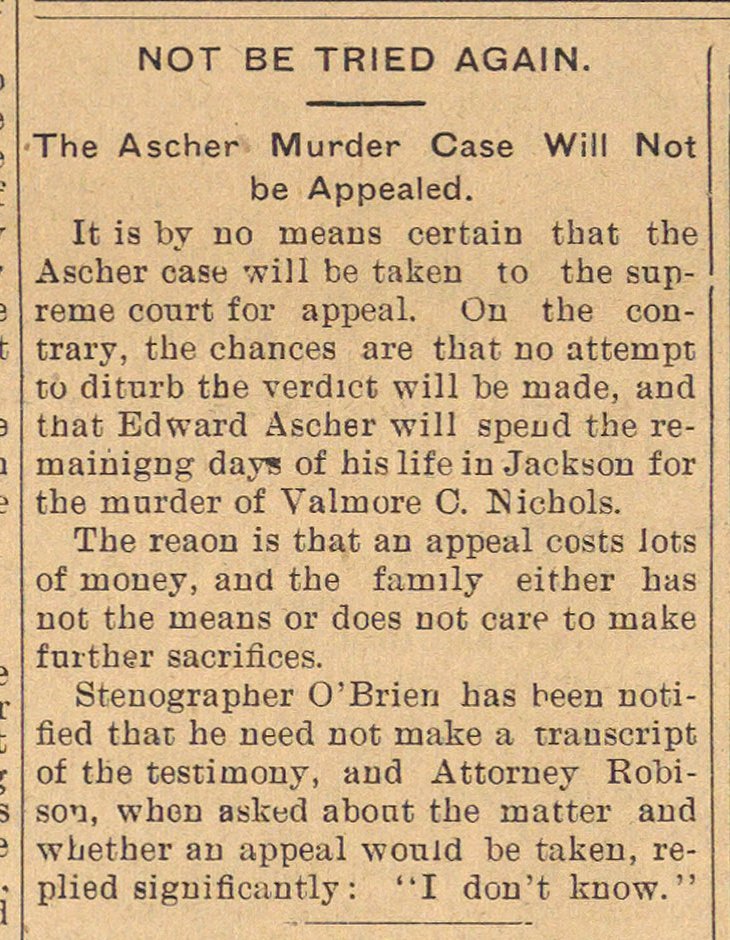 NOT BE TRIED AGAIN.

The Ascher Murder Case Will Not be Appealed.

It is by no means certain that the Ascher case will be taken to the supreme court for appeal. On the contrary, the chances are that no attempt to disturb the verdict will be made, and that Edward Ascher will spend the remaining days of his life in Jackson for the murder of Valmore C. Nichols.

The reason is that an appeal costs lots of money, and the family either has not the means or does not care to make further sacrifices.

Stenographer O'Brien has been notified that he need not make a transcript of the testimony, and Attorney Robison, when asked about the matter and whether an appeal would be taken, replied significantly: "I don't know."