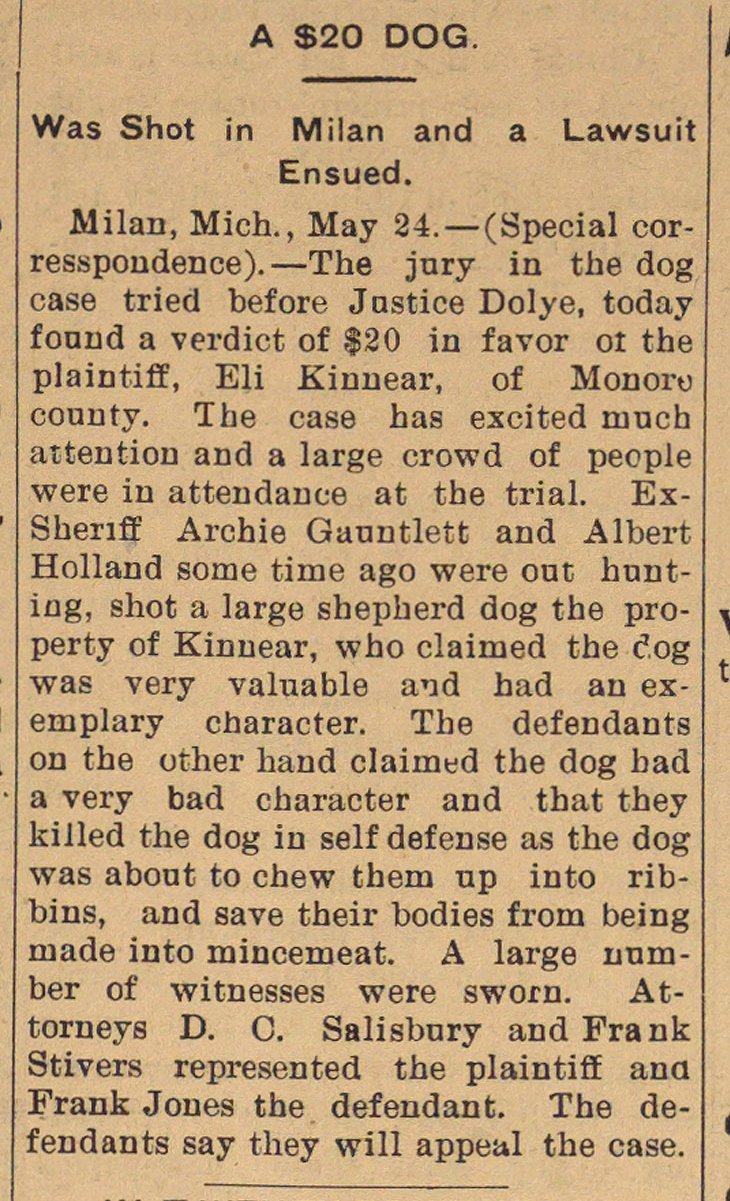 Milán, Mich. , May 24. - (Special corresspondence). - The jury in the dog case tried before Justice Dolye, today fouud a verdict of f 20 in favor oí the plaintiff, Eli Kinnear, of Monoro county. The case has excited ruuch attention and a large crowd of people were in attendance at the trial. ExSheriff Archie Gauntlett and Albert Holland some time ago were ont hunting, shot a large shepherd dog the property of Kinnear, who claimed the dog was very valuable and had an exemplary character. The defendants on the other haad claimed the dog had a very bad character and that they killed the dog in self defeuse as the dog was about to chew them np into ribbins, and save their bodies from being made into mincemeat. A large unmber of witnesses were sworn. Attorneys D. C. Salisbury and Frank Stivers represented the plaintiff ana Frank Jones the defendant. The defendants say they will appeal the case.